Born in Paris on June 13, 1908, from Jean Dunand, sculptor, painter, coppersmith and lacquerer and from Marguerite Moutardier.

His father is one of the main figures of contemporary decorative art. He is his pupil, follows in his footsteps and at sixteen, he creates his first works. He quickly made a name for himself as a dinandier and lacquerer (or laquiste). They then collaborated from 1925 to 1939 in the family workshop located in the 17th arrondissement of Paris. They worked in particular on the decoration of the great transatlantic liners of the time, “l’Atlantique” and “Normandie”.

In 1937, Bernard Dunand won the grand prize at the International Exhibition in Paris when the State bought his first works, some of which are in the Museum of Modern Art of the City of Paris.

In 1938, he was in charge of a study mission in Tonkin, the leading producer of lacquer in China. The 1939-1945 war interrupted the mission. Mobilized, he returned to France and participated in the first battles within an armored unit. Prisoner of war in 1940, he spent the time of the war in a camp for officers (offflag) in Germany.

For the duration of the war, he interrupted the practice of his art but he studied in depth the laws and practices of lacquer. The results of this study were published in July 1949 in a book entitled “L’Esthétique du laque” (1).

On his return to Paris, after the Liberation, Bernard Dunand found his father's studio devastated after his death in 1942. He then resumed his art with enthusiasm, which had changed considerably thanks to his stays in the Far East, particularly in the Japan and China but also in Italy, Greece and Egypt.

He will be one of the world specialists in lacquer decoration and art deco furniture. Among his famous works are the decoration of the Sao Paulo Jockey-club (photo), the palace of President Houphouët-Boigny in Abidjan and the hall of the Board of Directors of Total in Neuilly. He also participated in the decoration of the liner "France".

Recognized artist and very involved in his artistic field, member of the Society of Decorative and Creative Artists, he became secretary of the National Society of Fine Arts.

Knight of the Legion of Honor, Knight of the Order of Arts and Letters and Croix de Guerre 1939-1945.
His workshop is located in Paris but Bernard Dunand and his family settled in Villecresnes. He exhibited in Paris, Brussels, Strasbourg, Cairo, Alexandria, New York, Abidjan, Pointe-à-Pitre, Cannes and… in Villecresnes from February 14 to March 24, 1991 during a tribute paid by the municipality. 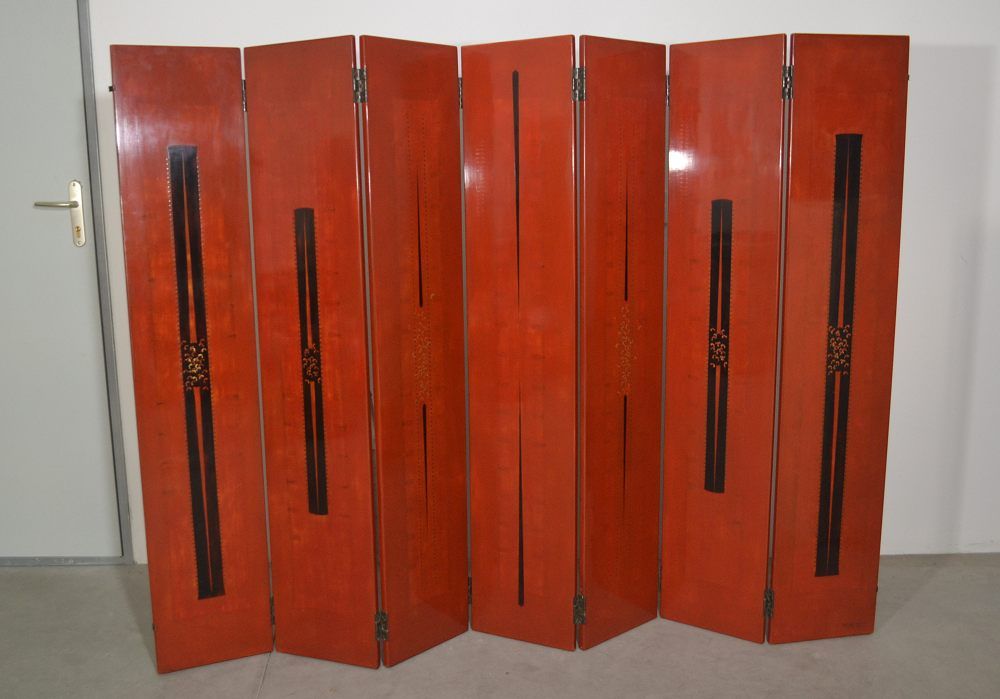