This early piece by Fjerdingstadt is not from Christofle semi industrial production but from artist studio. Probably unique.

Of Danish origin, Christian Fjerdingstad (1891-1968) is an artist apart in the history of goldsmithing. After the Second World War, during which he enlisted in the Foreign Legion, he settled in the Paris region, in Fontenay aux Roses, then in L'Isle-Adam.

It was at the 1921 Paris Salon d'Automne that he exhibited his first pieces, and one of his first buyers was Jacques Doucet. Shortly after, he was hired as a collaborator by the Christofle house and became one of the main designers of the interwar period. In 1925, at the Exposition des Arts Décoratifs, he occupied the place of honor with his sterling silver pieces in the Christofle goldsmith pavilion, then the world's leading goldsmith in terms of turnover and distribution. The works of Fjerdingstad are then placed at the heart of the goldsmithery of the time and, by their subsequent diffusion in silver metal, of industrial goldsmithery. The creations of Fjerdingstad will still appear in the catalog of the Christofle house in the nineties. It was Christofle who financed the installation and operation of the L'Isle-Adam workshop in the first years, then was content to choose a few pieces from the models made.

A collaborator of a large house until 1941, for which he was a designer (when Luc Lanel was artistic director), Fjerdingstad was also an independent artist who developed many models in his studio in L'Isle Adam, where he will employ up to ten workers. As one of the leaders of the revival of goldsmithing, with Georg Jensen, Gérard Sandoz and Jean Puiforcat, Fjerdingstad will use a very innovative formal vocabulary.
REFERENCE: fj2807
on hold 08 2022
Email us about this item 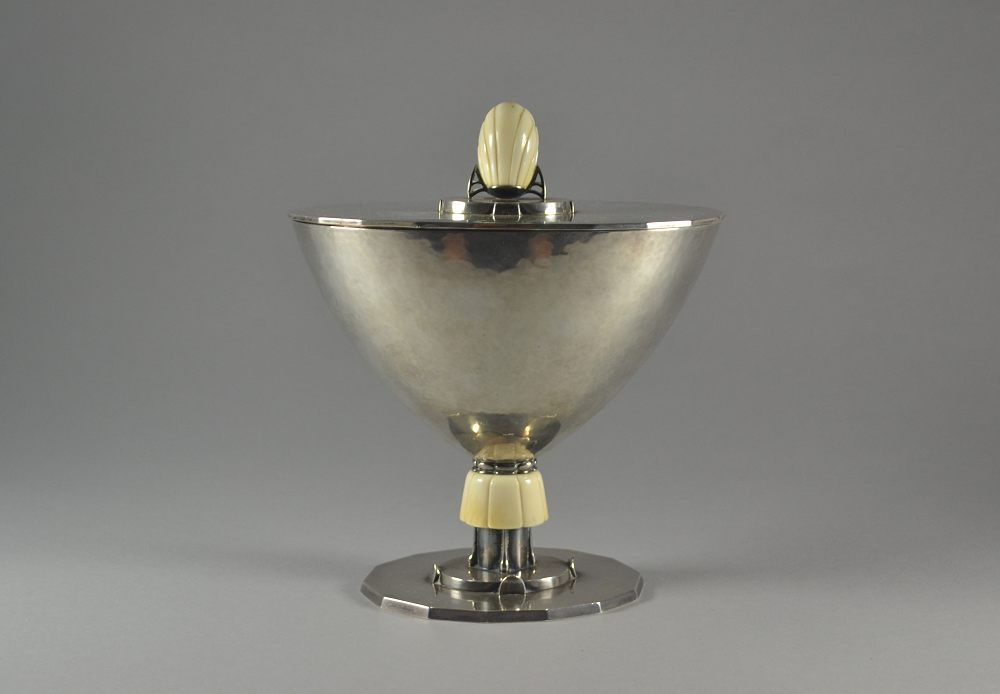