Roger Mequinion : one of the last art deco ceramists to be discovered.

For ten years, I have been searching for information about this artist and works of art by him.
Now, I have decided to share some of these treasures.
We have very little information about RM’s life. After attending the Ecole des Beaux Arts in Paris — and prior to WWII — RM became the first sculptor at the LALIQUE company. At this time, most of Lalique’s art glass pieces were sand blasted, and there is no doubt that Mequinion was involved in this process and even in the pattern drawings.
You just have to examine Lalique’s 1930s pieces to realize how close they are to what RM did after in the ceramic medium.
In the 1940's during the Second World War, R.M. sought refuge in the "free zone" in the south of France near Marseille, in Aubagne.
Aubagne at this time was an important art ceramic center with many artists and workshops. The most important was Proceram. RM met the director of Proceram and started to work with this company on a process that was equivalent to the Lalique process, sand blasting not glass but ceramic.
In this process, a special medium is applied to the clay, which is then baked, creating an enamel-like surface. Subsequently, the surface is sand blasted over stencils, resulting in the final images.
Mequinion stopped working on this project at the end of the 1940's when he came back to Paris. So, this was a very short project of 10 years. A patent was deposed by him. Even though my collection includes 22 works by Mequinion, each piece is hard to come by. 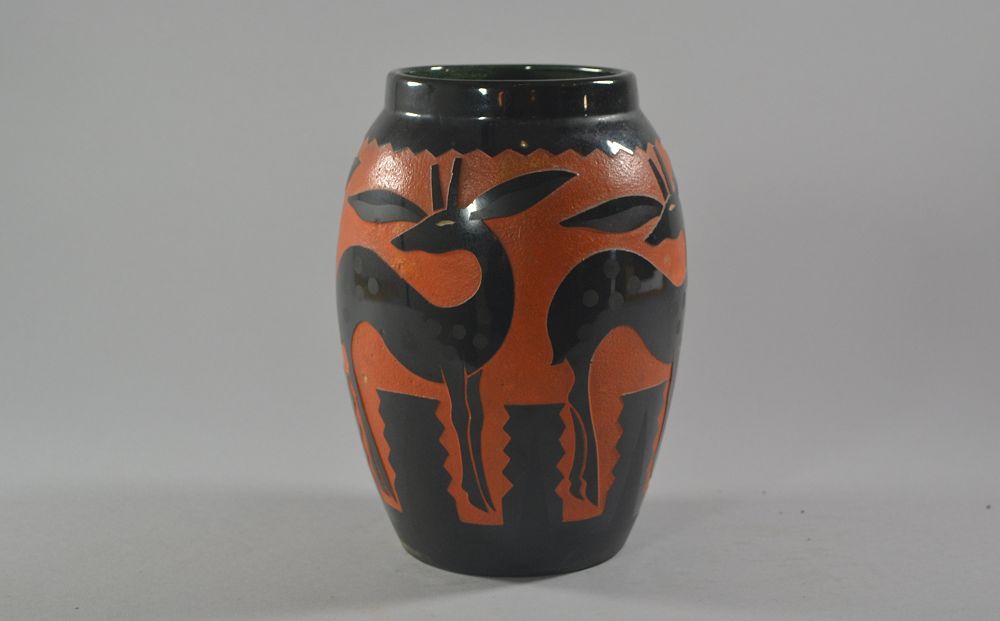