Ramon Sarsanedas was important spanish catalan lacquerer.
Unknown beyond spanish borders this artist deserve more interest.
At the same level of Jean Dunand or Gaston Suisse he was working as well on furnitures, jewels, sculptures or vases.
His work on laquer is inspired from traditional japanese works. (As for Dunand and Suisse).
Several of his works are displayed in Catalan Museums :
- National Museum of Art of Catalunya. Barcelona.
- Design Museum of Barcelona

Ramon Sarsanedas i Oriol (Barcelona, ​​August 1, 1896 - Barcelona, ​​1987) was a Catalan lacquerer. He was the son of Ramon Sarsanedas and Marondo de Roda de Ter, who died in an accident in 1925, and of Antònia Oriol and Martorell from Barcelona. Disciple of Lluís Bracons i Sunyer, he was a specialist in applying lacquer according to traditional Japanese techniques and lacquered different works by Catalan artists of the time, such as Francesc d'Assís Galí i Fabra, Camps i Ribera, J. Capdevila and Emili Grau room He was a candidate in the historic elections of April 12, 1931 for Catalan Republican Action. Married in 1923 to Rosa Vives and Puig, they were the parents of Jordi Sarsanedas. 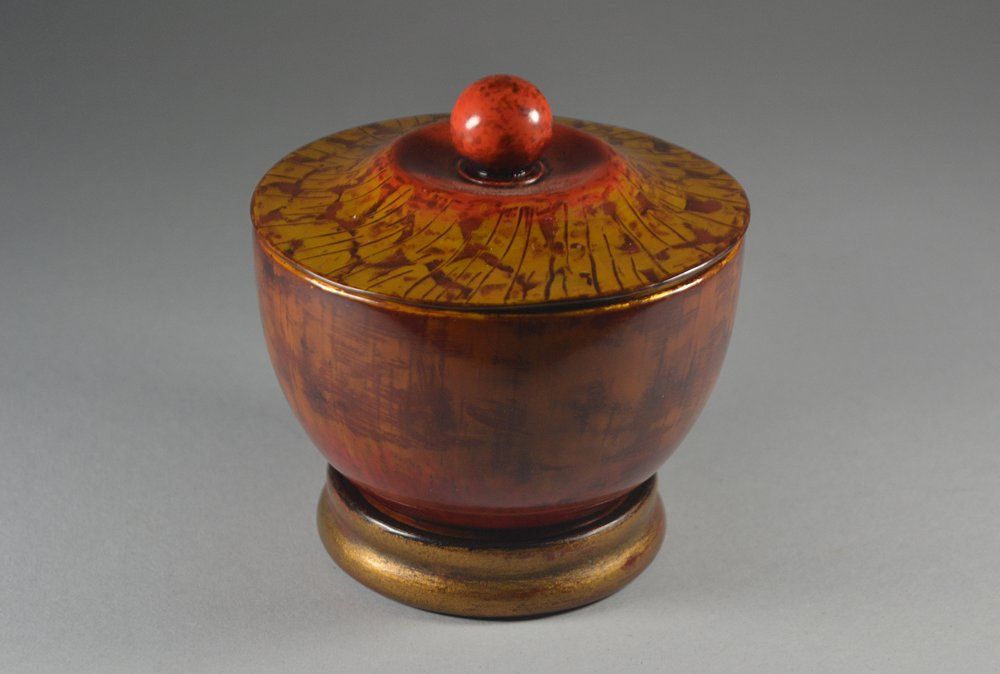