The 'Clarté' sculpture was originally conceived by Le Verrier in 1928, the maquette carved in his studio from three live models. One model was used for the head, one for the upper body and one for the legs and lower body.
Similar examples can be seen in the Hôtel Lutetia, Paris. Please see pictures below. 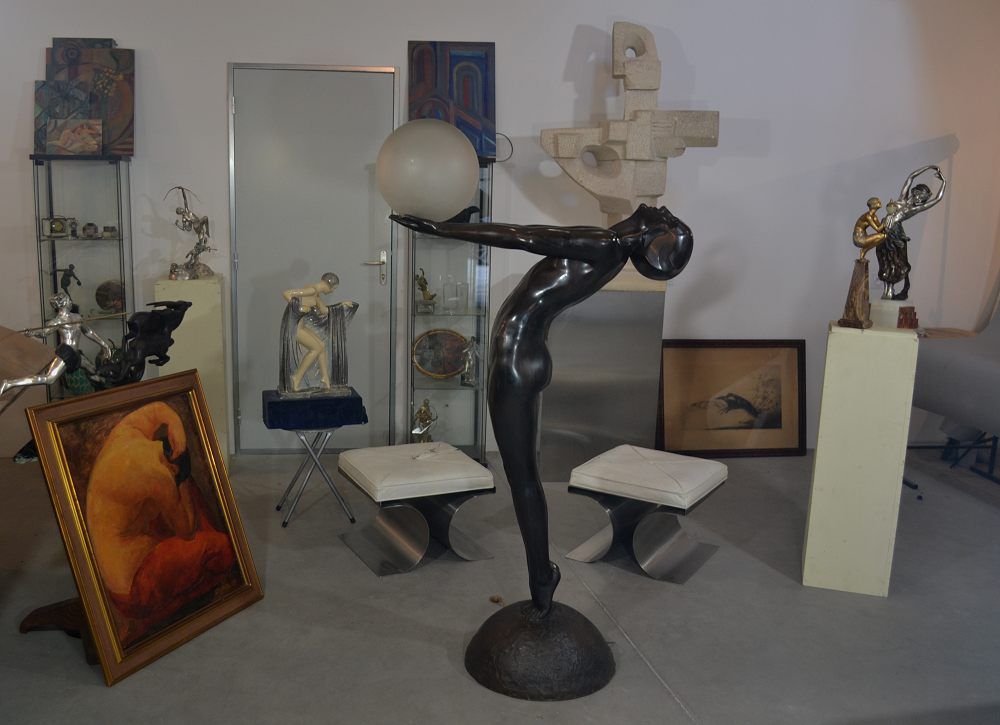