The Lockheed Constellation ("Connie") is a propeller-driven, four-engine airliner built by Lockheed Corporation between 1943 and 1958 at Burbank, California. Lockheed built 856 in numerous models—all with the same triple-tail design and dolphin-shaped fuselage. Most were powered by four 18-cylinder Wright R-3350 Duplex-Cyclones. The Constellation was used as a civil airliner and as a military and civilian air transport, seeing service in the Berlin and the Biafran airlifts. The Constellation series was the first pressurized-cabin civil airliner series to go into widespread use. Its pressurized cabin enabled large numbers of commercial passengers to fly well above most bad weather for the first time, thus significantly improving the general safety and ease of air-travel.Three of them served as the presidential aircraft for Dwight D. Eisenhower.
REFERENCE: avion1502
on hold 02 2019 (EU)
Email us about this item 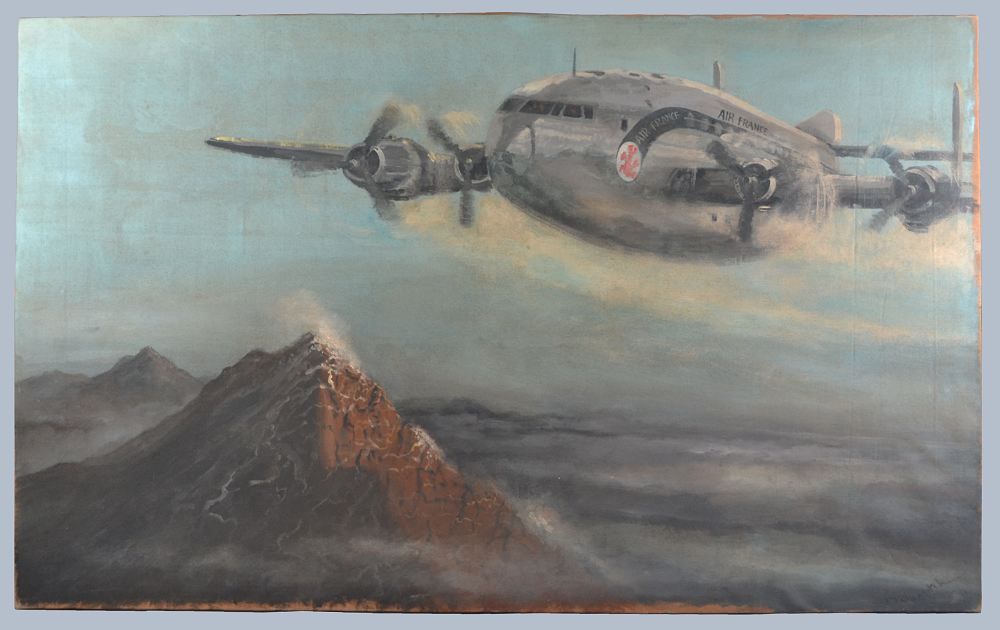