Please note that this artwork is original hand drawn. Not a litho. Not a repro. Not a poster. A unique piece.

Born in Genoa. In 1924 he joined as a worker at the Barabino & Graeve (formerly Adolfo Barabino) based in San Fruttuoso, in via Aldo Manuzio.

In 1928 his teacher, Mario Bertoglio, a Turinese, left the company, opened his own graphic design studio, in Via Ettore Vernazza, and took it with him. A year later he gave him the study. For ten years he has a clientele mainly made up of small companies: folding care, brochures, posters, photomontages.

In the years from 1939 to 1941 he was in Milan: he studied in Piazza San Babila and attended a trattoria of artists in Via della Spiga, where he became familiar with the Corrente group. Sometimes he goes to Bagutta. He met Domenico Cantatore, Ottone Rosai, Francesco Messina, Bruno Cassinari, Remo Brindisi. In 1946 he won the contest for the manifesto of the Constituent. In 1947 the manifesto Groisière de Noel for Fratelli Cosulich hits Cassandre (AdolpLe Jean-Marie Mouron), the French painter and graphic artist of Russian origin, a pioneer of modern poster design. Cassandre invites him to work in his atelier. Declines the invitation: he prefers to stay in Genoa.

He has important clients: Morteo, Ansaldo, Liva, Italsider, Giacomo Costa, Andrea (campaign for Olio Dante and packaging for peanut oil Oio), Mobil Oil, Esso Standard Oil (Italian-American Petroleum Company). The collaboration with the shipping companies is also intense: Home Lines, Fratelli Cosulich, Henry Coe & Clerici, Italy, Lloyd Triestino, Adriatica, Tirrenia, The Hellenic Mediterranean Lines.
In 1957, at number 3 of piazza Corvetto, with Marco Biassoni, Flavio Costantini and Ettore Veruggio, he gave life to the Graphic Studio Firma. In 1960 he won the competition for the sketch for the Genoa International Fair. With the seventies he cultivates painting: in his paintings, from the meticulous skilful compositional embroidery, lovingly inspired in the themes to the Ligurian land, transpires a touching sweetness of feelings and colors.

In each of his works a snail peeps: "It is an image linked to the memory of my childhood: to the amazement of a curious little boy, in the grandmother's garden, from the gait, in fact, of a snail. The first, pictorially, I placed it at the edge of a wood: it gave life to the composition. Then I resumed it in other subjects. Now they always ask me ". 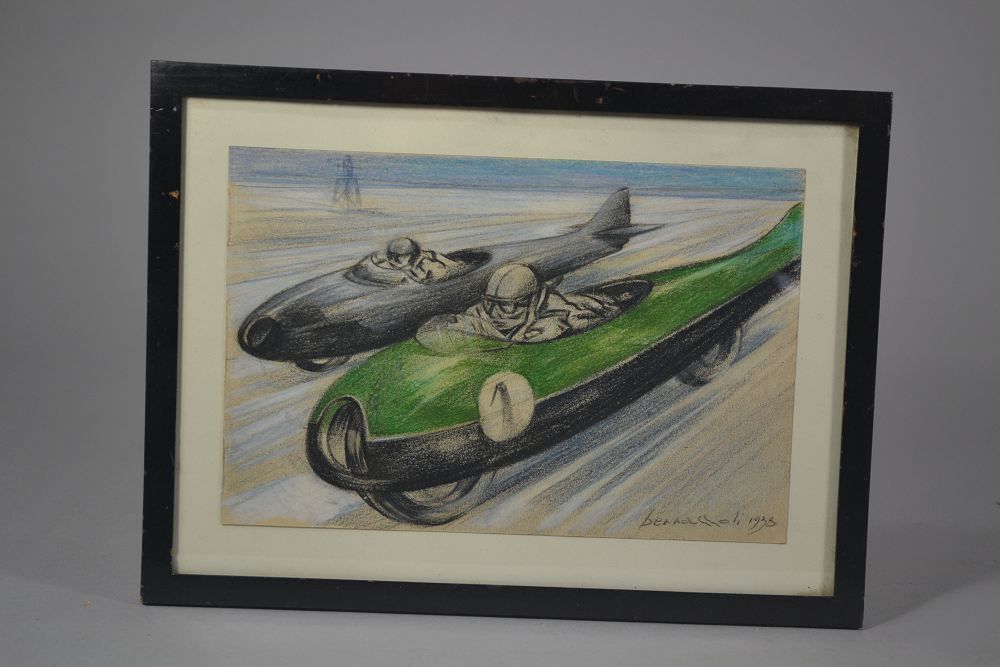