Jankel Adler was a Polish painter known for his abstract depictions of figures and still lifes. Influenced by Pablo Picasso, Adler employed a sophisticated use of line and color in his works. Born on July 26, 1895 in Łódź, Poland into an Orthodox Jewish family, he learned engraving from his uncle in Belgrade before moving to Germany in 1914. Adler went on to attend art school before settling in Düsseldorf during the early 1920s. In Düsseldorf, he formed friendships with both Otto Dix and Paul Klee, both of whom influenced his developing style. As an abstract Jewish painter, Adler faced an especially dangerous situation when the Nazi regime came to power in 1933. In the decade that followed, his works were confiscated and shown at the “Entartete Kunst (Degenerate Art)” exhibition of 1937. Joining the Polish army in 1939, he was evacuated to Glasgow in 1940. Adler based himself out of the London in the years to come, where he became a mentor to a number of young British artists and poets. He died on April 25, 1949 in London, United Kingdom. Today, the artist’s works are held in the collections of the Tate Gallery in London, The Museum of Modern Art in New York, and the Museum Sztuki in Łódź, among others.
REFERENCE: ja0312
€19,500.00
Email us about this item 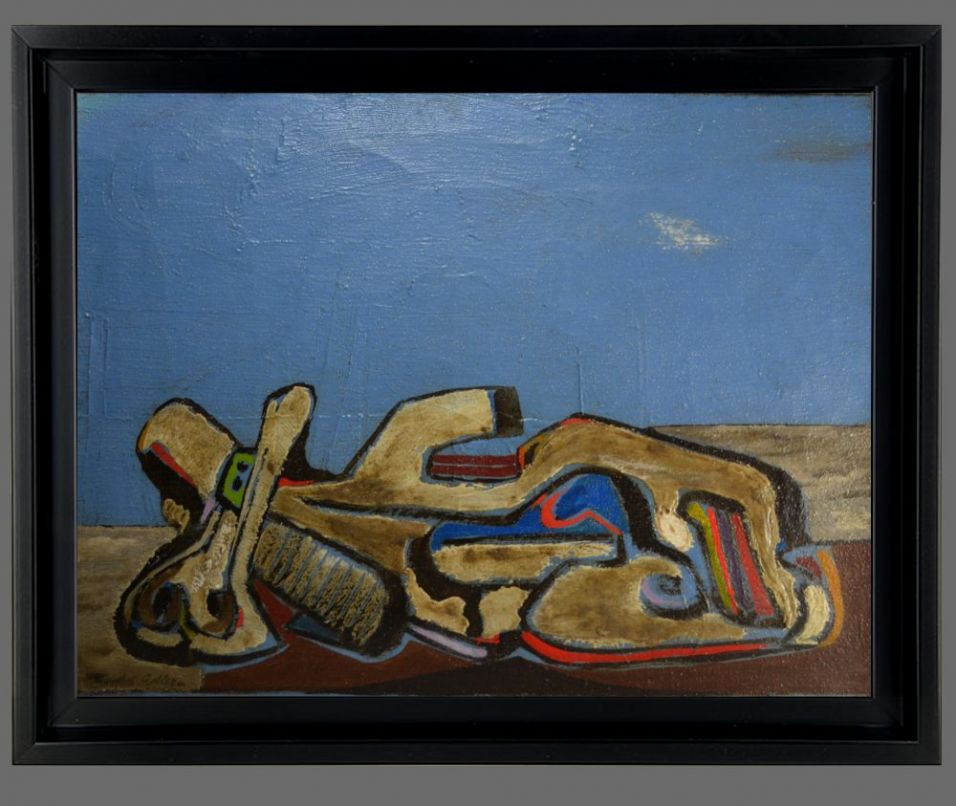