Born on September 12, 1905 in Aix-en-Provence, Jean Joseph Marius Roch Martin, known as Martin Roch worked as a shepherd in the region at a young age, then went to Paris. He lives there a tumultuous youth and leads a bohemian life. He frequents many personalities from the world of culture, notably the surrealists.

He was around 35 years old when he found his native Provence where he joined a Resistance network. During the war he lived in an apartment he shared with Father Bruckberger, in the Arcades district, in Saint-Maximin. There, he met Claire Fontana, daughter of Italian peasants, whom he married on June 13, 1947. It was during this period that he painted the fresco that still decorates the chapel of the Saint-Maximin monastery.

After the war, he decorated several ocean liners with his friend Arbus, between 1950 and 1954, then collaborated in the reconstruction of the Planier lighthouse off the coast of Marseille.
It was then that he bought the Abbey of Pierredon located in the town of Mouriès, in the Alpilles, where he will paint most of the portraits, landscapes and still lifes. He died on August 10, 1991 in his Pierredon estate.

Martin-Roch's work was the subject of a first presentation at the Renou-Colle gallery in 1936, then a second 70 years later at Yves Gastou rue Bonaparte in Paris in ... 2007! Very rarely exhibited, let us nevertheless point out the interest that the Granet (Aix-en-Provence), Cantini (Marseille, 1956), and Estrine (Saint-Rémy de Provence, 2014) museums gave him.

Jean Martin-Roch is a figurative painter who deals with the subject and refuses abstraction and all the conceptual aestheticism which accompanies it. Directly inspired by ancient and classical artists, he places himself in the lineage of Giotto or Fouquet whom he At the top of this pantheon the Aix master, Cézanne, who, as a child would have made him jump on his knees and whose influence irrigates all his painting, from landscapes to the Holy Victory in still lifes.
REFERENCE: mr0503
sold 03 2020 (USA)
Email us about this item 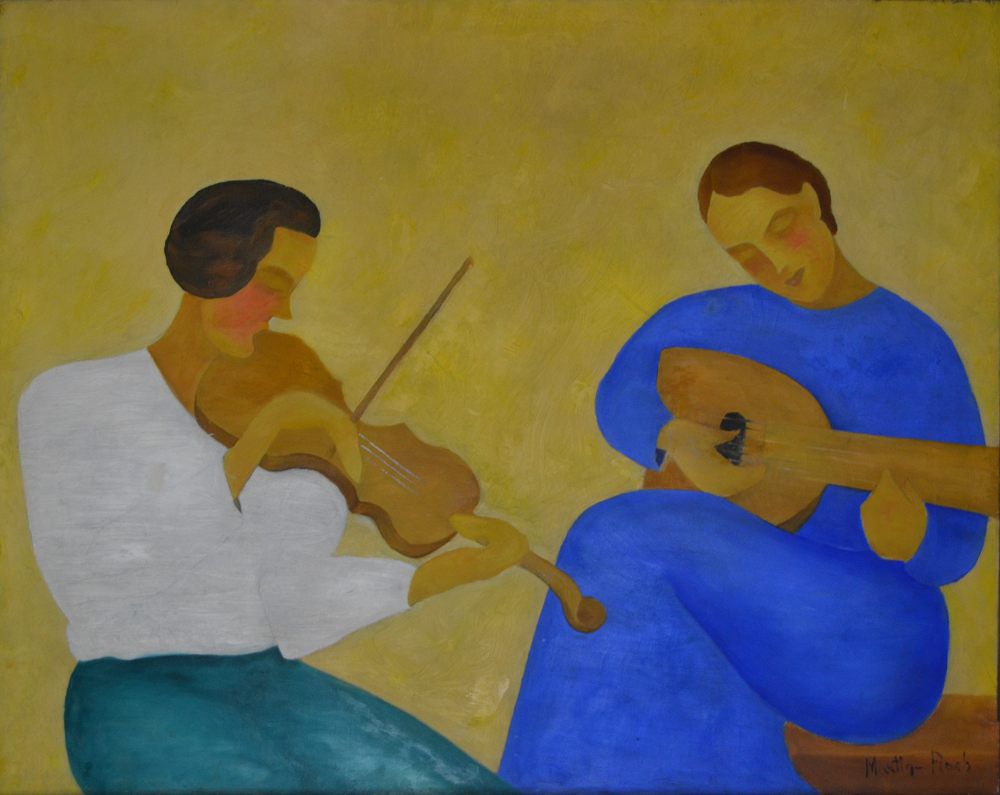