Moretti is an italian painter, specialized in venetian landscapes. He also worked in Paris and exhibited at "Salon des Artistes Français" and "salon des indépendants". As he does so well for his paintings of Venice, Luigi Moretti manages in our work to capture the light and the contrasts of the night. He draws a striking parallel with the theme of the Cabaret he represents. A fascinating work full of symbols.

Jules Claretie, who wrote that future historians of the mores of the Belle Epoque "could not silently pass by these cabarets", described them as "putting Dante's poem within walking distance". For Georges Renault and Henri Château, "Le Ciel and L'Enfer, gaping wide-open all in a row" was worthy of the label "spectacular". The flâneurs of Paris entered through the monumental jaws of Leviathan, devourer of the damned. The intimidating façade was "a stucco ode to female nudity being devoured by infernal flames". 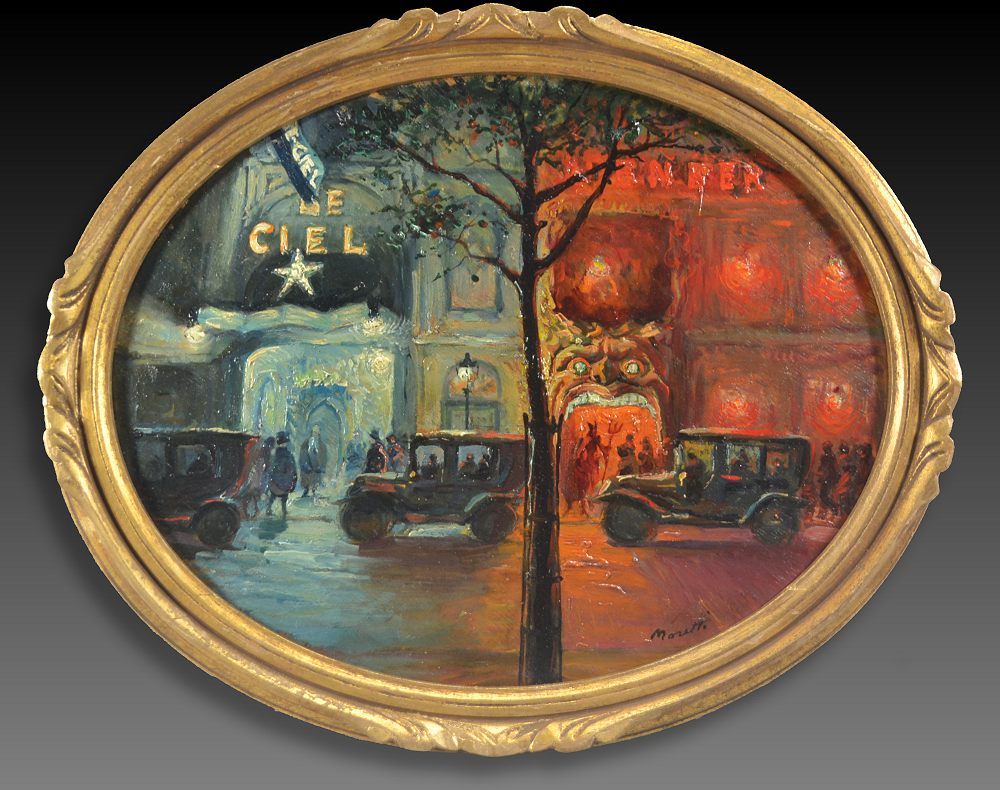