Born Nikolaï Gueorguiévitch Poliakov (in Russian: Николай Георгиевич Поляков) on July 22, 1899 in Ukraine, Naturalized French, died on July 1, 1976 in Paris, is a Russian painter of the School of Paris. He is one of the representatives of the Cubist movement.

Born in Ukraine on July 22, 1899, he first trained at the School of Fine Arts in Belgrade (Yugoslavia), which he attended from October 1921 to July 1925. In October 1925, he joined Paris where he becomes a pupil of André Lhote in his Painting Academy, 18 rue d'Odessa (14th arrondissement of Paris).
From 1926, he was massier of this Academy and assistant to André Lhote until his death in 1962.
In 1933 he made three gouaches to illustrate a manuscript calligraphed by Guido Colucci of the short story "Un crime" by Ivan Bounine.
Until 1965, he was professor of painting at the Academy.
From the 1930s until his death, he occupied a workshop at 278, boulevard Raspail in Paris in the Montparnasse district.
REFERENCE: pol1701
sold 01 2020 (RU)
Email us about this item 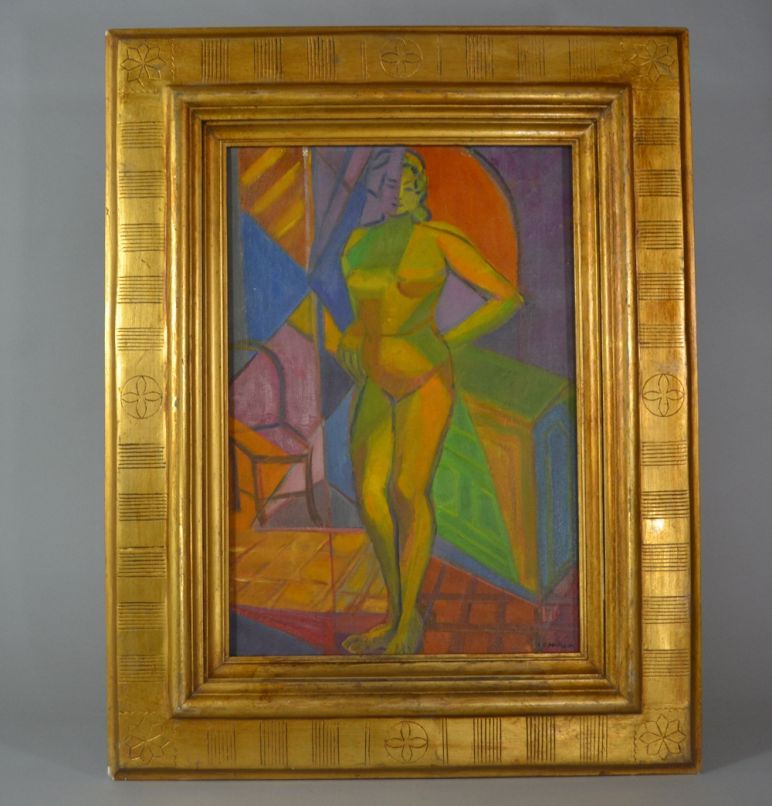