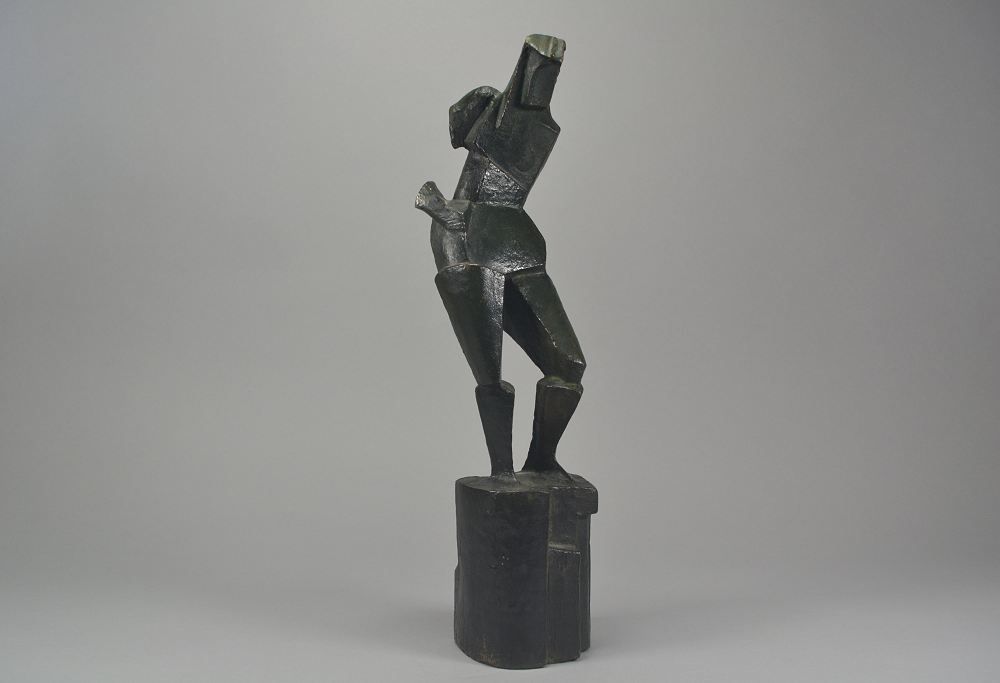 A bronze figure of cubist woman.
Lost wax cast. Circa 1920.
Signed "G. Flamant" as always for this artist. (Please see below about that).
41cm.
Excellent condition. Genuine patina.

Wife of Charles Flamant, she was born in Nimes (France) the 2 of January 1892 and died the 28 of March 1970.
At Nimes Beaux Arts school she was pupil of Alexis Lahaye. In Paris she was pupil of Baschet at "Academie Julian".
She was member of "Société des Artistes Français" and exhibited in Paris Salons from 1923.
(Source : Les artistes gardois: Peintres, sculpteurs, architectes, de 1820 à 1920 De André Bernardy)

At Académie Julian it is more than likely that she met Jacques Villon famous cubist sculptor who was also student there. At the same time many famous artists were student at the same school : Fernand Leger, Edouard Vuillard, Paul Landowski, etc.

Andree Ducamp Gide sculpture is deeply inspired by cubism and africanism. She was a fellow artist of Joseph Csaky, Gustave Miklos, Jacques Lipchitz and Henri Laurens who were considered the leading Art Deco sculptors in Paris during the 1920’s