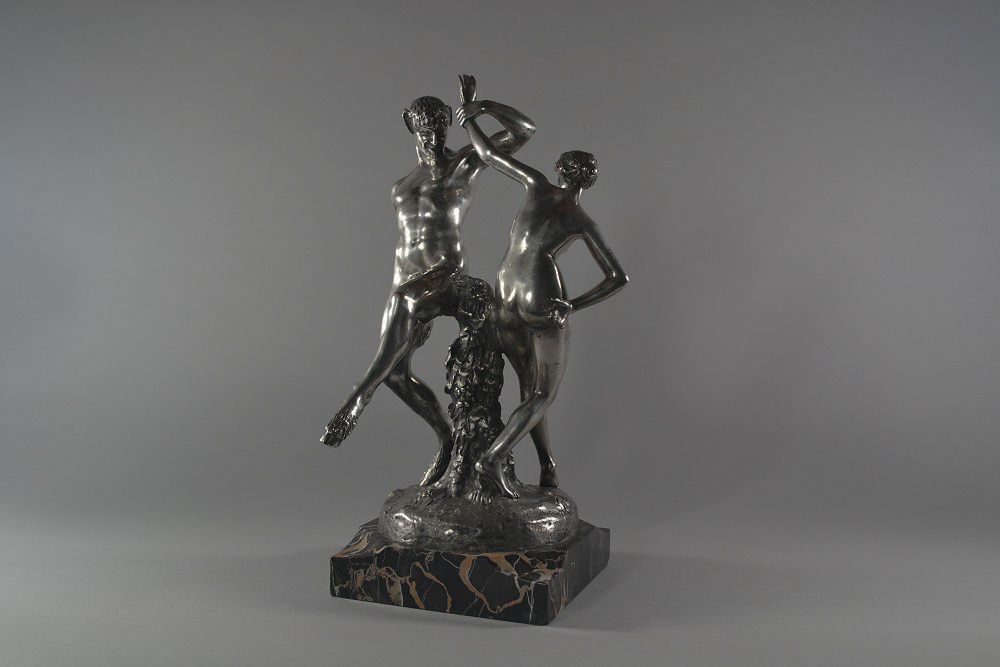 
Biography : Pupil of D. Puech, Member of Société des Artistes Francais from 1904, he appeared at the Salon of this group. Work cast iron reproduced by the art foundry of Val d'Osne: Victory singing.
He is mainly responsible for the soldiers and military scenes of the First Empire. He sent to the Salon from 1902 some bronze statuettes representing contemporaries and another titled 1804 (in 1910), as well as groups also in bronze:
- The Charge, Dragons of the First Empire (1909),
- Father François, grenadier of the guard (1910),
- Charge of the 1st regiment of grenadiers of the imperial guard, many characters (1913).

Richefeu will continue to exhibit, always in the same spirit, until the Second World War.
REFERENCE: Ric0210
sold 10 2019 (USA)
Email us about this item