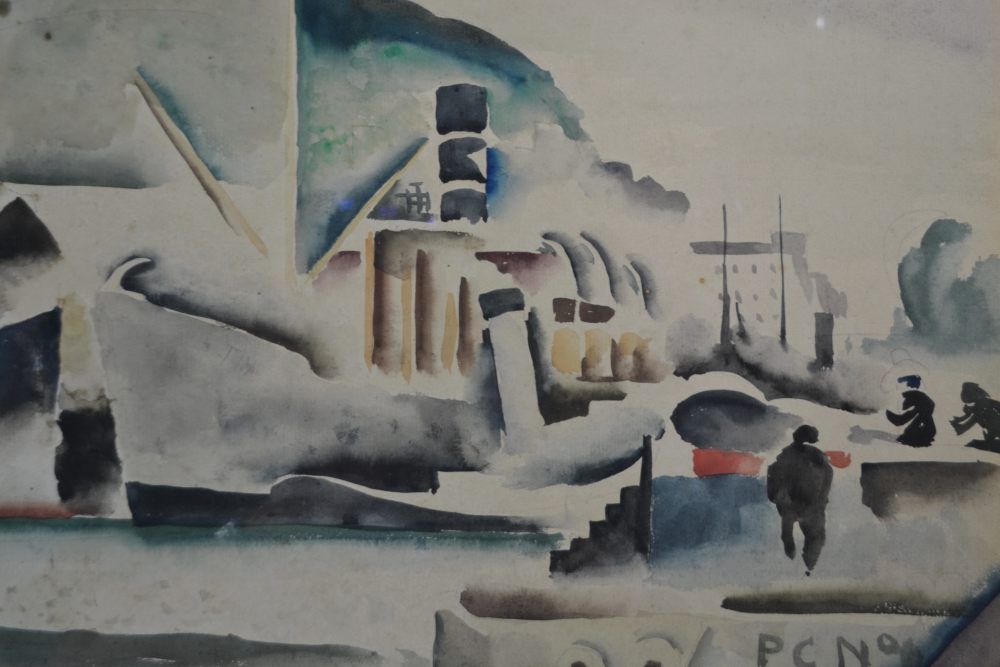 Paul-Élie Gernez was born in 1888 in Onnaing, near Valenciennes, in a modest farming environment. From the age of 13 to 22, he was a pupil at the Valenciennes School of Fine Arts and followed the teachings of Fortuné Layraud (1833-1913).

A great admirer of the painters of the North, whose works he studied in museums, his artistic training deeply anchored his taste for academism. In 1911, Gernez was appointed Professor of Drawing at the College of Honfleur. It was in Honfleur that he spent his entire career. Nevertheless, he frequently travelled to Paris. He regularly exhibited in the galleries and salons of the capital. Gernez also frequented the Parisian artistic world, where he met Félix Vallotton.

His early work as a young man focused on religious subjects. Later, he widened his range and represented landscapes, still lifes, nudes and portraits. The artist produced a lot during his career, about a few thousand works.

In 1923, he was named Knight of the Legion of Honour. Museums around the world are interested in acquiring his works. Paul-Elie Gernez died in his house in Honfleur in 1948. Today his works can be seen at the Centre Pompidou in Paris, at the Honfleur Museum and in many museums. They are also sought after by private collectors and art lovers, and fetch fine prices in auctions.
REFERENCE: gern2606
sold 07 2020 (EU)
Email us about this item