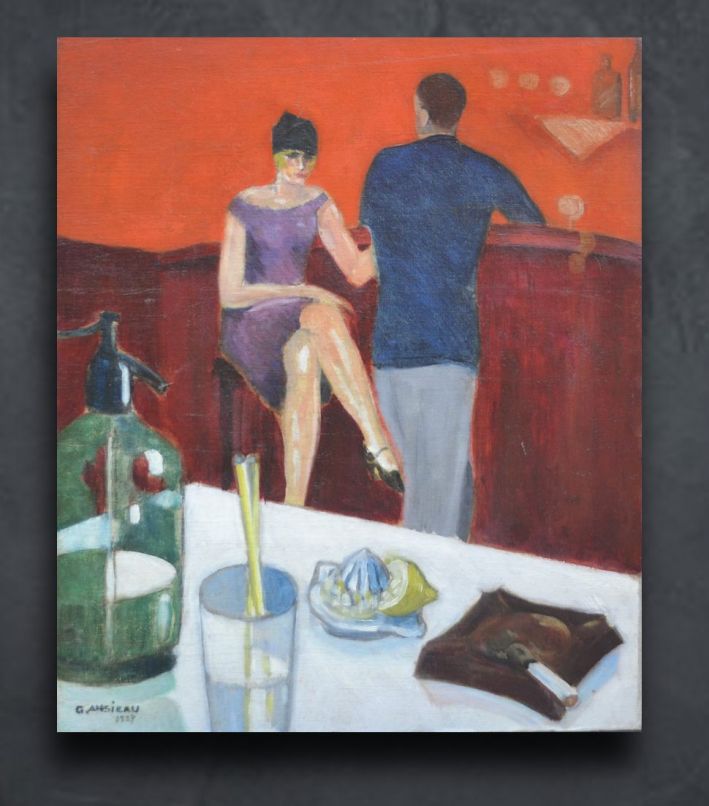 Roland Ansieau (1901–1987) was an early 20th-century French art deco graphic artist, best known for his 1935 "Berger 45" wine advertisement which is widely reproduced as poster prints. Ansieau also created colorful illustrations for a 1931 seasonal guide to Deauville "the flowered beach".
He studied sculpture at the age of 16 before being admitted to the Beaux-Arts. Workshop manager at Léon Ullmann then at André Devambez between 1920 and 1930, he obtained in 1925 an honorable mention at the Salon of French artists.
Founding member of the Poster Academy (1939), we owe him many posters for the Seita. Professor of advertising (1947-1952), he worked from 1968 on the restoration of paintings.

In this early painting, if not yet known as an illustrator, we can already feel his graphic designer aspiration and talent.
REFERENCE: ans2711
sold 11 2020 (RU)
Email us about this item