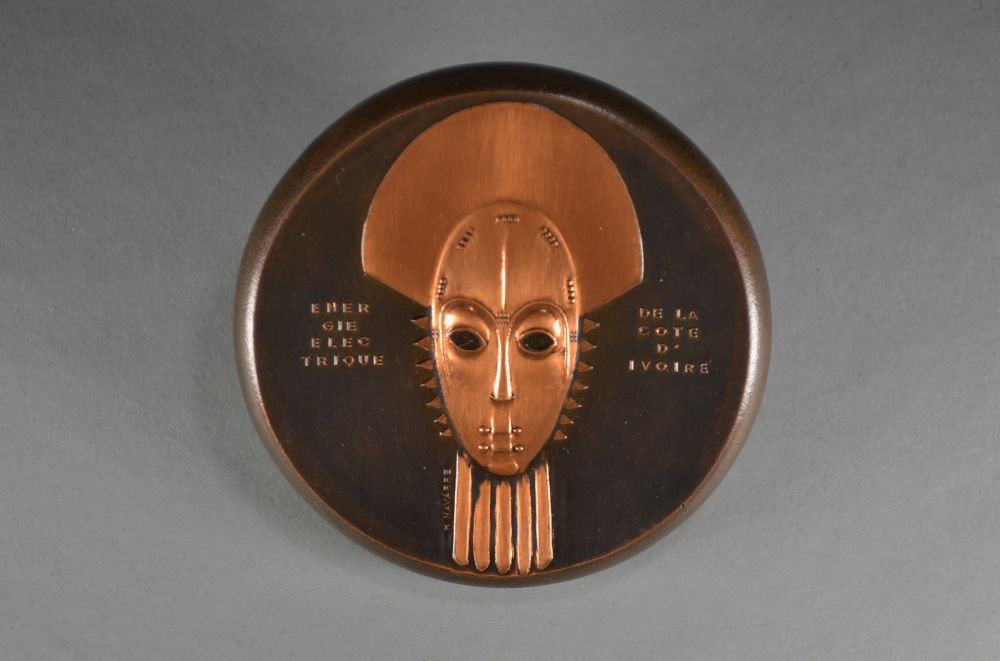 Henri-Edouard Navarre was born in Paris in 1885. Though trained as an architect by his father, he went on to study sculpture at the Bernard Palissy School in Paris and the Ecole des Beaux-Arts, before studying the technical side of leaded-glass and mosaic manufacture at the Arts and Crafts Conservatory.

As a sculptor he executed many important private as well as public commissions, including for the Gate of Honour at the 1925 Paris International Exhibition of Decorative and Industrial Arts.

Navarre exhibited his first vases at Edgar Brant's shop, but soon signed a contract to exhibit at the Maison Geo Rouard. Working with heavy thick-walled glass he favoured plain simple shapes with internal decoration, which he achieved by the use of metal oxides patterned on the marver onto which the parison was rolled, before it was encased in an outer layer.

Among the many honours he received, Henri Navarre was made a Knight of the French Legion of Honour.
REFERENCE: pr2502
Sold 02 2021 (UK)
Email us about this item