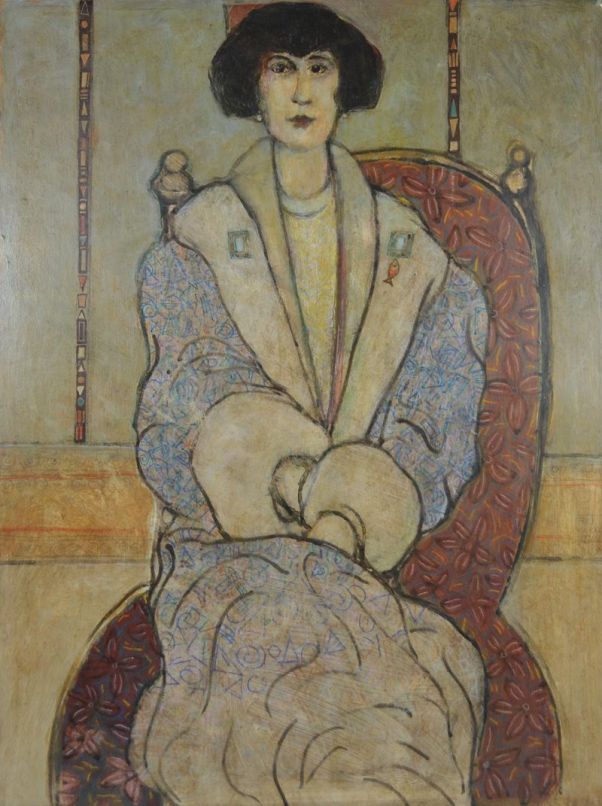 A very interesting painting in the manner of Klimt that would deserve more researches than what I did !!!
Indubitably Berliner Secession era.

Emilie Louise Flöge (30 August 1874 in Vienna – 26 May 1952 in Vienna) was an Austrian fashion designer, and businesswoman. She was the life companion of the painter Gustav Klimt.
Many info on wikipedia.
The Berlin Secession was an art movement established in Germany on May 2, 1898. Formed in reaction to the Association of Berlin Artists, and the restrictions on contemporary art imposed by Kaiser Wilhelm II, 65 artists "seceded," demonstrating from the standards of academic or government-endorsed art. The movement is classified as a form of German Modernism, and came on the heels of several other secessions in Germany, including Jugendstil and the Munich Secession.
REFERENCE: fl0703
sold 03 2021 (USA)
Email us about this item