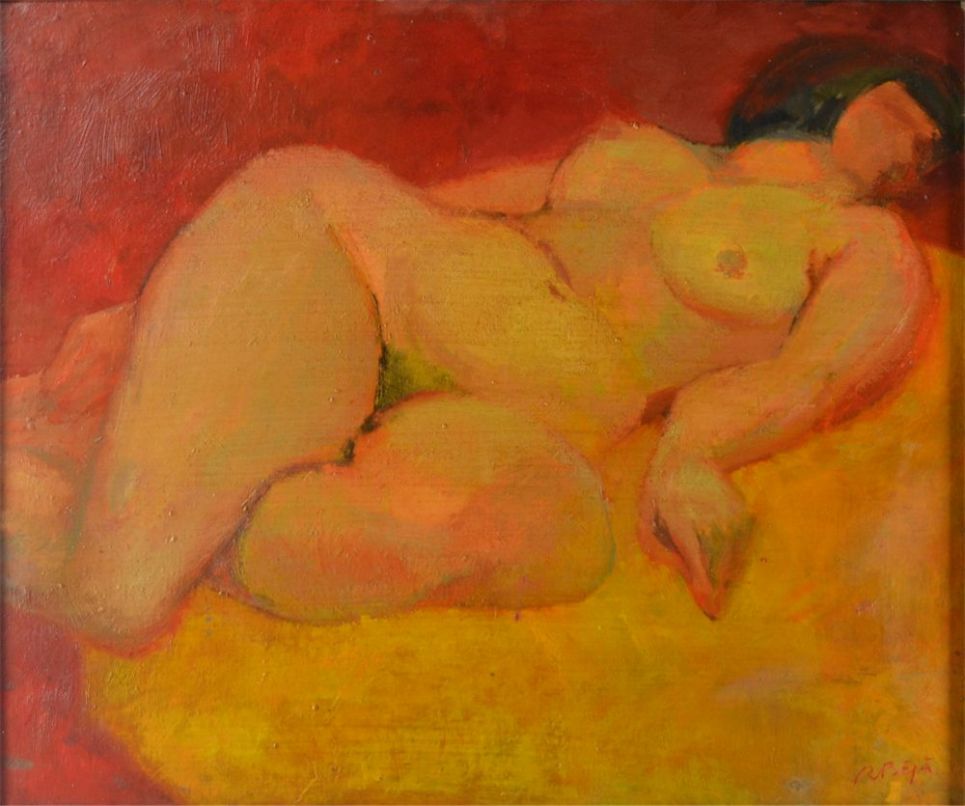 Biography
Renée Béja's father, Avram Béja (1863-1923), a Jew from Thessaloniki, widower of Filor Rey with whom he has a son, Mathieu Béja, remarries Florence Dreyfus with whom he has two children, André (1902-1922) and Renée (1905-1979). Renée Béja was still a young child when the family came to settle in France, in Solliès-Pont where her father worked as a flour miller , at the current location of Crédit Agricole.

In the 1930s, Renée Béja was a student of Fernand Léger and she married René Berco, dental technician, to settle in the Paris region. Between 1935 and 1938, she exhibited at the Salon des Tuileries , presenting mainly Views of Périgord , to also participate in 1938 in the Salon d'Automne and the Salon des Indépendants.

During the Second World War , Florence Beja-Dreyfus, Renée Béja and her husband René Berco, Mathieu Béja and his wife Nadia, were saved by being hidden by Eugène Viès, an executive of the SNCF in Solliès-Pont, the industrialist Étienne Arnaud and the town hall secretary entering them under a false name in the register of inhabitants, so as to give them the right to supply tickets. However, a descent from the Gestapo means that the Béja family must leave Solliès-Pont for Saint-Paul-Trois-Châteaux , always with the help of Eugène Viès and his wife Walda to whom the Yad Vashem Institute has since awarded the title of Righteous Among the Nations.

Based at 41, rue Blomet in Paris, Renée Béja will then also work as a decorator for the theater. She created the sets, costumes and masks for the play Les Choéphores d ' Eschyle , performed in the large amphitheater of the Sorbonne in June 1949, then at the Palais des Papes as part of the Avignon Festival in July 1950.

René Béjà's works, including nudes, still lifes, intimate scenes, landscapes of Provence , Brittany and Paris, are then presented at the Salon du Gemmail in Tours , stating, as with his colleague Andrée Bordeaux -Le Pecq , post-cubist and abstract experiments , but also ranking it, with Germaine Lacaze , Marguerite Bermond , Geneviève Gavrel and Guillemette Morand , among the heirs of the painters of poetic reality .

Renée Béja's workshop is dispersed at the Drouot hotel onMarch 26, 1996by M es Pescheteau-Gadin, Godeau and Leroy, auctioneers at Paris .

The Taylor Foundation has created an annual award named after Renée Béja.

Public collections
National Center for Plastic Arts , including a deposit at the National Assembly in Paris .
REFERENCE: be3010
€3,500.00
Email us about this item