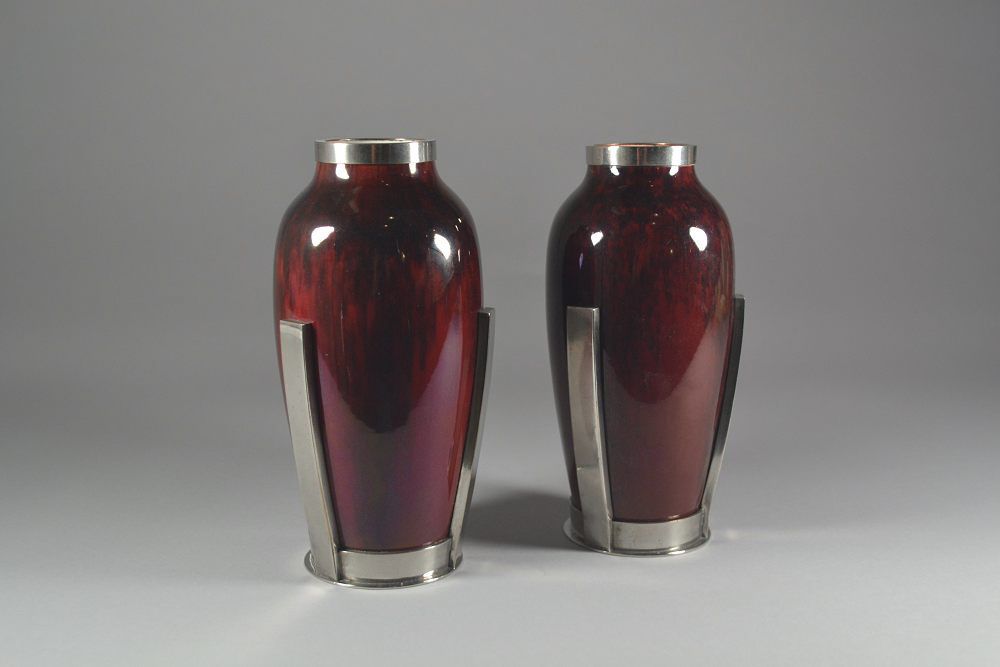 Paul Milet is the son of the ceramist Félix Optat Milet (1838-1911). After training in the laboratory of the Manufacture de Sèvres, he became a chemist and worked in the factory founded by his father in 1866 at 8, rue Troyon in Sèvres, a stone's throw from the Manufacture.

From 1890, he gradually took over from his father. Like him, he will continue to benefit from the collaboration of the artists of the National Ceramics Manufacture of Sèvres.

In 1899, he married Marie-Louise Gibert (known as Céline), whose brother Paul held the position of director in Paris at Haviland, a famous Limoges porcelain manufacturer.

Paul Milet worked with his father Optat Milet until his death in 1911, then with his son Henri, a ceramics engineer, who was appointed director of the factory in 1931, which did not prevent father and son from work in close collaboration.

At the Universal Exhibition of 1900, he obtained a gold medal for his earthenware “of pleasant shapes, decorated by the most diverse processes, cloisonné enamels, enamels on gold paillon. In all these decorations, made from good drawings, Paul Milet uses with discernment the rich palette of enamels that he masters. »2

He also appreciated the texture of sandstone and the Milet house then produced Art Nouveau style sandstone vases. He also presented some at the Exhibition of Decorative Arts in 1902.

Paul Milet also exhibited at the Palais Galliera during the Porcelain Exhibition in 1907, then in 1909 and 1911 at the Exhibition of stoneware, earthenware and terracotta.

He abandoned porcelain production after the First World War.

Moreover, because of his knowledge, he is called upon as a customs expert for imports from China.