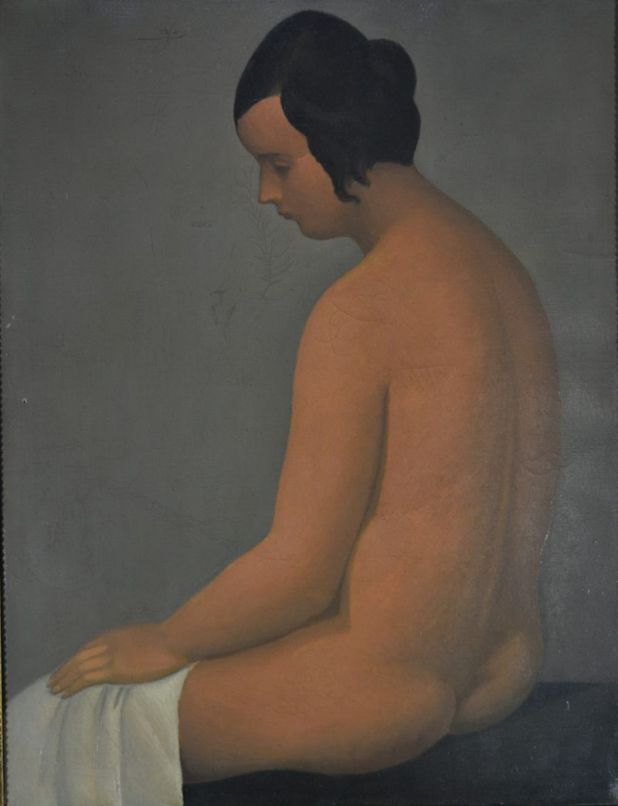 Excellent condition with few crackles that we can have restored on request.


Robert Théophile was born in August 1879 in Ried-sur-Bienne in Switzerland. Coming from a family of artists, he very quickly received an artistic education from his father. After studying painting and drawing, Théophile continued his apprenticeship by becoming the pupil of Clément Heaton, an English decorator whose studio was located in Neuchâtel. The young painter will also study in Montpellier alongside the painter Eugène Burnand. His travels to Italy, France and Germany allowed him to immerse himself in worlds different from his own and to meet new artists such as Pierre Godet, Le Corbusier and Pablo Picasso.

In 1921, Théophile Robert exhibited at the Salon des Indépendants and enjoyed immense success. This year will mark the beginning of a worldwide fame: his works will later be exhibited in France, Belgium, Germany and as far as Japan.

A career rich in experiences and influences
Théophile Robert is known for the great diversity of themes he evokes in his paintings. Sometimes depicting still lifes or nudes of bathers, the painter also enjoys making portraits that capture the essence and personality of those who serve as his models.

Although he remained faithful to the Impressionist teachings of his father throughout his career, Robert also allowed himself to be influenced by the styles inspired by the artists he met and the changes in the era he experienced. We thus find in some of his works borrowings from cubism, fauvism, primitivism and other styles typical of his time.

In the 1920s, Robert Théophile also experimented with the aesthetics of New Objectivity, a movement displaying a desire to return to reality and everyday life. He will also become impregnated with Purism . Critique of Cubism , this aesthetic doctrine advocates a return to order.

In 1929, when Théophile returned to Switzerland for good, he dedicated his art to the decoration of churches. Reorienting himself towards monumental painting, he created the Stations of the Cross for the church of Tavannes (1930), the complete decoration of the church of Saint-Blaise (1939) and even that of Gorgier.