Diamantino Riera.
Born in 1912 and died in 1961 in Paris. Spanish painter active in France.
He was a student at the Llotja Academy in Barcelona.
The civil war drove him to Algeria, and he settled in Paris around 1950 where he became friends with Pelao, Clavé and Grau-Sala.
He participated in group exhibitions including one in 1949 with Clavé, Oudot and Picasso in Oran, as well as in personal exhibitions (Alger, Oran, Paris)
In Paris, he had a cubizing period, in which the deep blue accord dominated. Subsequently, it quickly evolved to a more colorful and warm way in generous nudes, festivals in Saintes-Maries-de-la-Mer, landscapes of the Camargue. It creates a fiery, thick touch, often applied with a knife.
MUSEUMS: Algiers, Casablanca, Mostaganem, Oran, Paris.
REFERENCE: diam1402
€380.00
Email us about this item 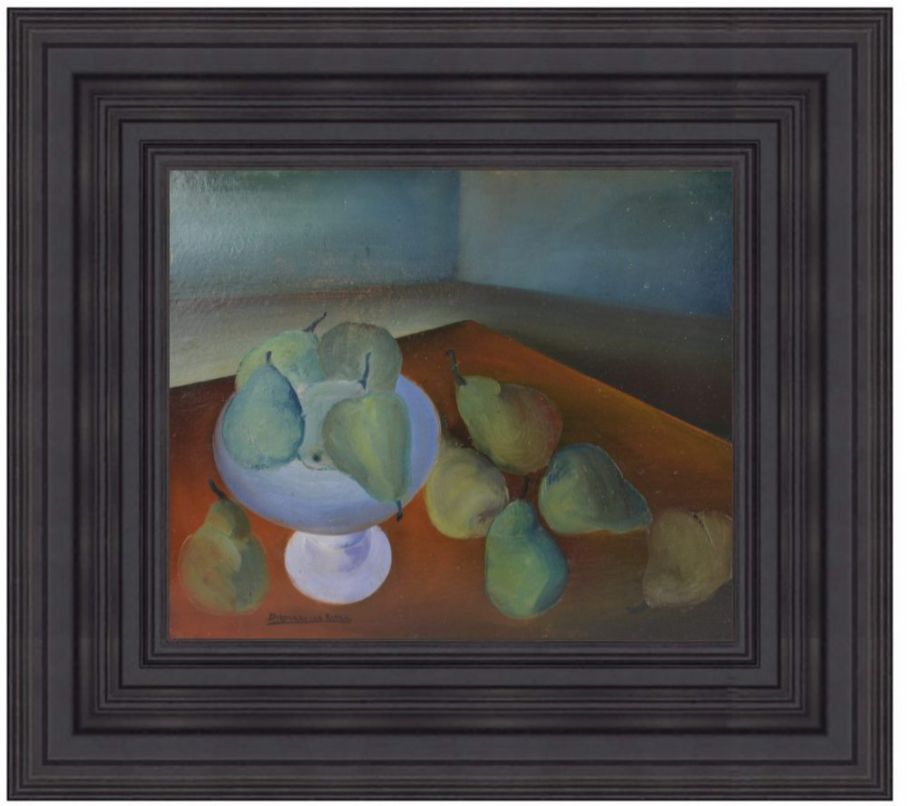