From her childhood, she shows an artistic talent. Encouraged by her parents, she began studying painting at the Academy of Fine Arts in Vienna, then went to university in Berlin, where she became involved with the painters of the movement Der Blaue Reiter and joined the Novembergruppe from 1926. The political situation becomes dangerous in Germany and in 1931 Ronget leaves for Paris. There she attended the Académie de la Grande Chaumière while earning her living by decorating restaurants and drawing for projects of fabric and wallpaper. In Paris she meets Paul Ronget with whom she is getting married. Through this one, she gets to know André Lhote, who introduces her to the color and paintings of Paul Cézanne.
REFERENCE: e1r
€980.00
Email us about this item 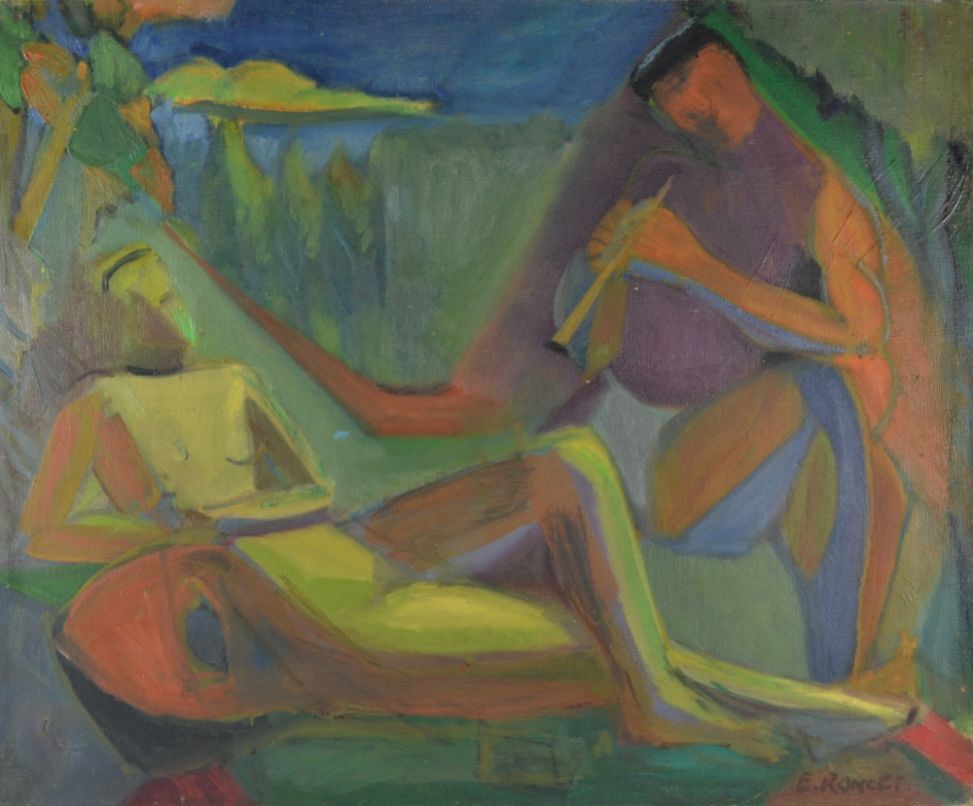