Charles Schneider was born in Chateau-Thierry, near Paris, on 23rd February 1881. At an early age he moved with his family to Nancy, the artistic center of France. His brother, Ernest Schneider (1877-1937), started working for Daum in 1903 as clerk. Charles had started an artistic career and was already active at Daum since 1898. In 1913, the brothers decided to start their own business and bought a small glass factory, specialising in electric light bulbs, in association with a friend Henri Wolf, at Epinay-sur-Seine. In 1918, fire destroyed the studios at Galle and a group of artists went to Schneider’s to continue their production for Galle. Always innovative, Schneider created a new technique of ‘colored powders’ whereby the pulverised glass was mixed with metal oxides to obtain different colours and then spread on a flat surface. During the 1930’s production of art glass was down to a few pieces a day as they concentrated on making simple designs with less colours for the local market. Attempts were made to save the firm. But Ernest had been seriously ill since the end of the 1920's and was of no help. He died in June 1937, one month after the liquidation of the "Verreries Schneider". In 1940, during the war, the factory was requisitioned by the German troops and used as a restaurant.
REFERENCE: omb3004
€3,500.00
Email us about this item 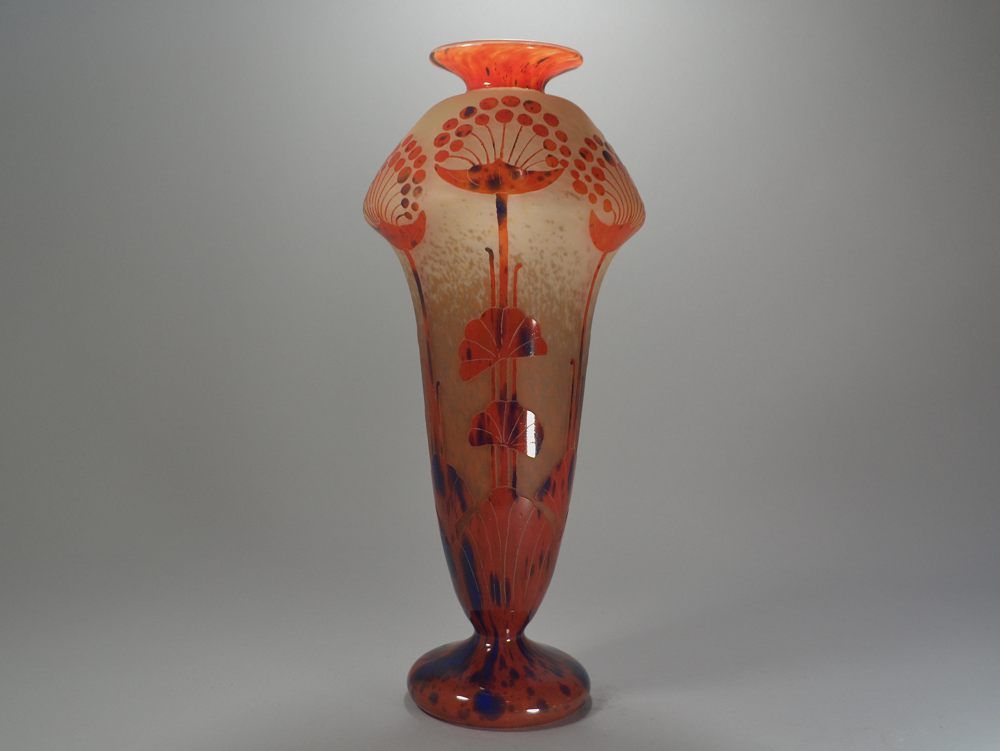