Portrait of Hereditary Prince of Lippe and his wife. Museum pieces

Hereditary Prince of Lippe and his wife.

A fantastic 1930's ambiance emerges from these paintings. Something outdated. Two lovers, rich and famous. The first world war is here and the end of Principality is close. But there is something extremely peaceful on their faces. We are in the Scott Fitzgerald, Great Gatsby world.


Before "Weimar Republic" proclamation in 1918, the German Empire consisted of 4 kingdoms, 6 grand duchies, 5 duchies, 7 principalities, 3 republics and an imperial territory (Reichsland), Alsace-Lorraine.
One of 7 principalities was LIPPE.
Many info on https://en.wikipedia.org/wiki/Principality_of_Lippe
Ernst Von Lippe was the eldest son of the last reigning prince Leopold IV zur Lippe, who renounced his throne on November 12, 1918 in the course of the November Revolution . He officiated between 1905 and 1918 as the last Hereditary Prince of the Principality of Lippe. His mother was Princess Bertha of Hessen-Philippsthal-Barchfeld (1874–1919), a daughter of Wilhelm von Hessen-Philippsthal-Barchfeld . 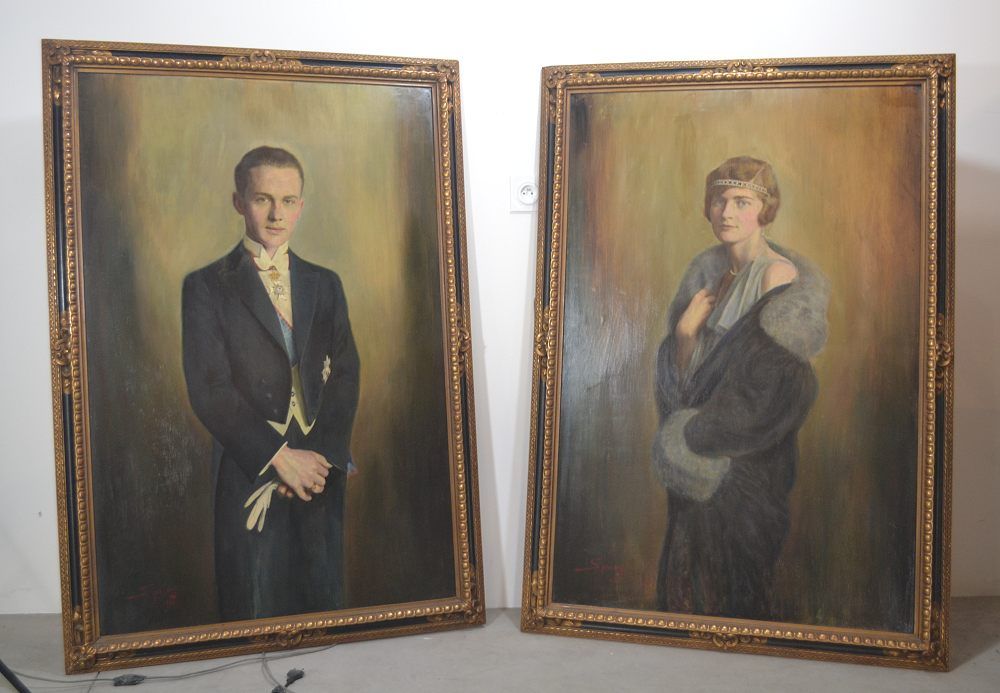