We know Albino PALAZZOLO who was director of Hebrard Foudry at the beginning of XXth century.
There is sometimes in literature, confusion between Albino and Piero.
Albino was in fact the main manager of foundry as Hebrard was more investor and business man.
Albino was close to Rembrandt Bugatti sculptor, casting all his early pieces. Hebrard was also casting Rodin and Degas.
Searching informations about Piero PALAZZOLO, I have found an Hebrard foundry payroll register with a "P. PALAZZOLO" name.
No doubt that Piero was a relative of Albino working in same foundry.
This panther we propose here is indubitably inspired by Rembrandt Bugatti work. The same panther sometimes appears on the market with Hebrard foundry stamp. Our panther was cast by MERONI & RADICE foundry. It is probably unique.
MERONI & RADICE was founded by 2 friends in 1920. In 1926, they decided to split and Joseph RADICE stayed alone in the foundry until 1935. Then the foundry definitively closed.
If we have few biographical informations about Piero PALAZZOLO but it is rather possible that he decided to leave HEBRARD foundry to join MERONI & RADICE. In any case, we know he was involved in a fantastic entourage of the best artists and bronze founders of early XXth century. Rembrandt Bugatti, Hebrard, his relative Albino PALAZZOLO (sculpture by him at Musee d'Orsay) and also Joseph MERONI who cast great artists as DESPIAU or GUYOT.
A this time the foundry work was almost as important as the artist work. The frontier between artist and artisan was thin. Both Albino and Piero PALAZZOLO were foundry workers and sculptors.

REFERENCE: pa1405
price on request
Email us about this item 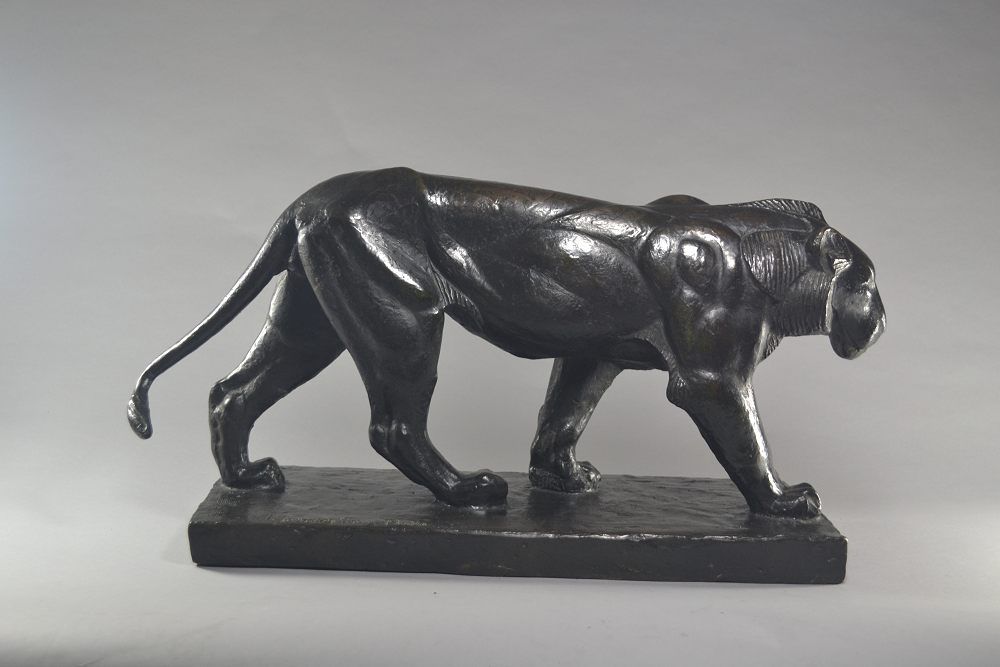