A rare and sought after bronze figure of a lady on marble base.
Signed to the bronze + foundry mark "Patrouilleau"
Circa 1920.
25.5cm high.


Antoine Bofill was a Spanish artist and member of the animalier movement of the 19th century. Best known for his small, decorative bronze sculptures, Bofill often focused on Neoclassical themes, historical scenes, female nudes, and, most frequently, animals. His intricate and realistic works are especially notable for their frequent inclusion of ivory in his miniature bronze casts, an unusual practice that set him apart from the other sculptors of his time. Born in 1875 in Barcelona, Spain, he studied at the Academy of Beaux Arts in Barcelona, Spain, before garnering contact with the Parisian art world. He went on to regularly exhibit in the prestigious salons of Societe des Artistes from 1901 to the mid-1920s. Bofill is thought to have died sometime after 1925.
REFERENCE: bo0810
€1,650.00
Email us about this item 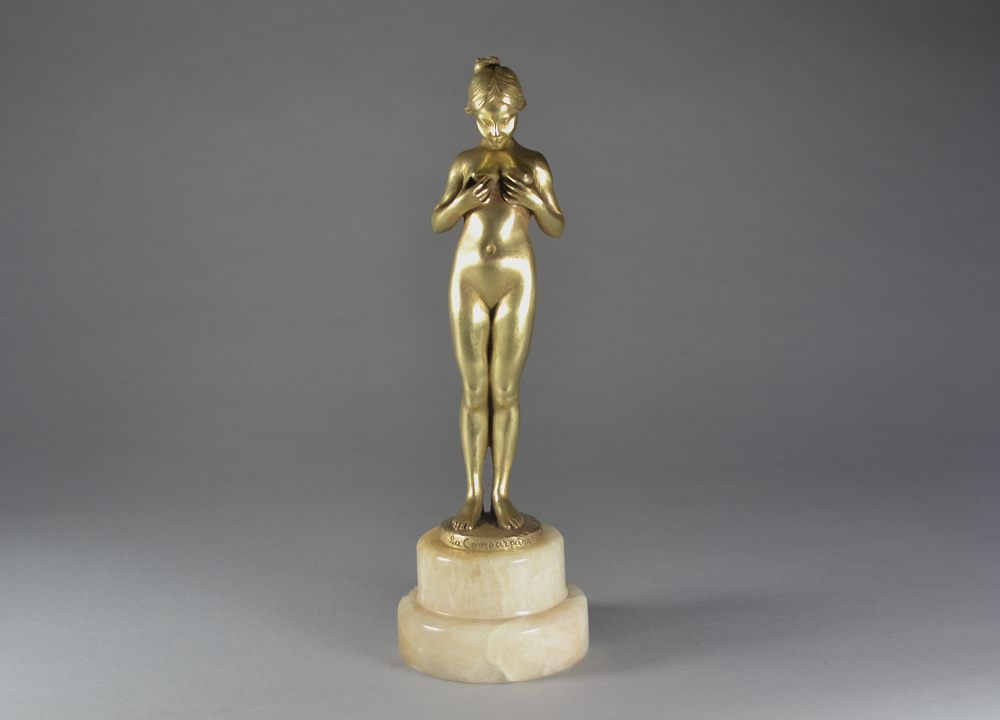