1927 Louis Botinelly large bronze groupe "The awakening of the Dance"

"L'éveil de la Danse"
The awakening of the Dance.

Bio.
Louis Botinelly, born in Digne on January 2, 1883, is the son of a marble worker and stonemason, originally from the canton of Ticino (Switzerland) and established in this city at the time of Louis' birth. The family then settled in Marseilles, rue Saint-Pierre, in a workshop which Botinelly's father had passed on to his brother's death.

Thanks to a grant from the city of Marseille, Louis Botinelly was able to work in Italy in 1902 where he worked in the studio of Jules Coutan. In 1905, he was received first at the National School of Fine Arts in Paris. He moved to the capital in 1906, where he produced a large number of his works. He married a young lady Jeanne Gaillard, in Riez, in 1908. In 1911, it was a bronze medal for his Bear Trainer. It was used in 1914 by the 7th engineer regiment in Avignon.

After the war, he divorced on May 27, 1921 to remarry in Marseilles on December 21, 1921 with Madeleine Nicolet whom he met in Avignon. He moved to 14 rue Buffon where he had his studio which he refurbished in 1933 when his daughter was born. Like many French sculptors of the time, he received the order for several war memorials in memory of the combatants, including that of the city of Avignon, for which he received the sum of 30,100 francs.

He participated in an artistic competition at the 1932 Summer Olympics.

In 1943, the German occupying army, having decided to recover the bronze from the street furniture, had several statues removed, including those of Pierre-Antoine Berryer, Lamartine, Victor Gelu, the Blind and the Paralytic and the Bear Trainer. This last statue could be saved thanks to the intervention of Louis Botinelly and reassembled on its base on February 25, 1943. 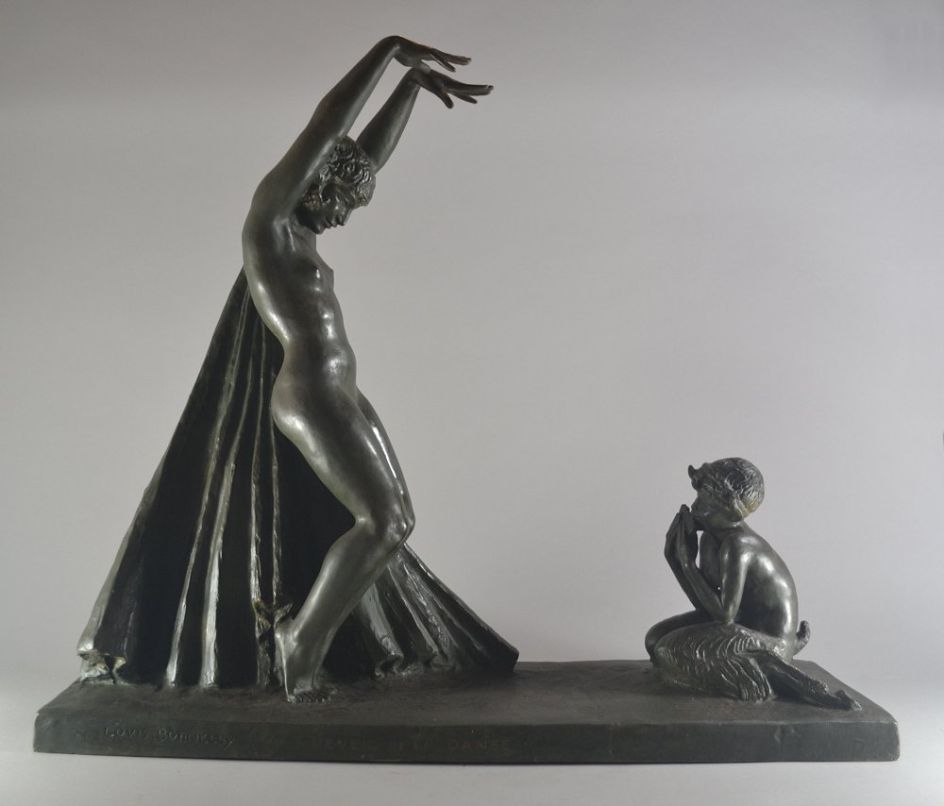