Marcel-Andre Bouraine (1886-1948) Born in Pontoise (France), he studied under Jean-Alexandre-Joseph Falguiere (1881-1900), who had reintroduced and emphasized realism in nineteenth-century sculpture. Bouraine was captured in Germany during the First World War, and interned in Switzerland. In 1922, he exhibited at the Salon des Tuileries. The following year he began to exhibit at the Salon d'Automne. He executed small-scale sculptures for several French firms, including Susse Freres, Le Verrier, and Arthur Goldscheider, often exhibiting with the latter's La Stele and L'Evolution groups. In 1928 Gabriell Argy-rousseau (1885- 1953) commissioned a number of figurines from Bouraine, mostly female nudes, but also a fountain and an illuminated group, all of which were executed in colored, translucent pate de verre. He executed two major commissions for the 1937 Paris International Exhibition
REFERENCE: DE0102
REFERENCE: de2209
€1,280.00
Email us about this item 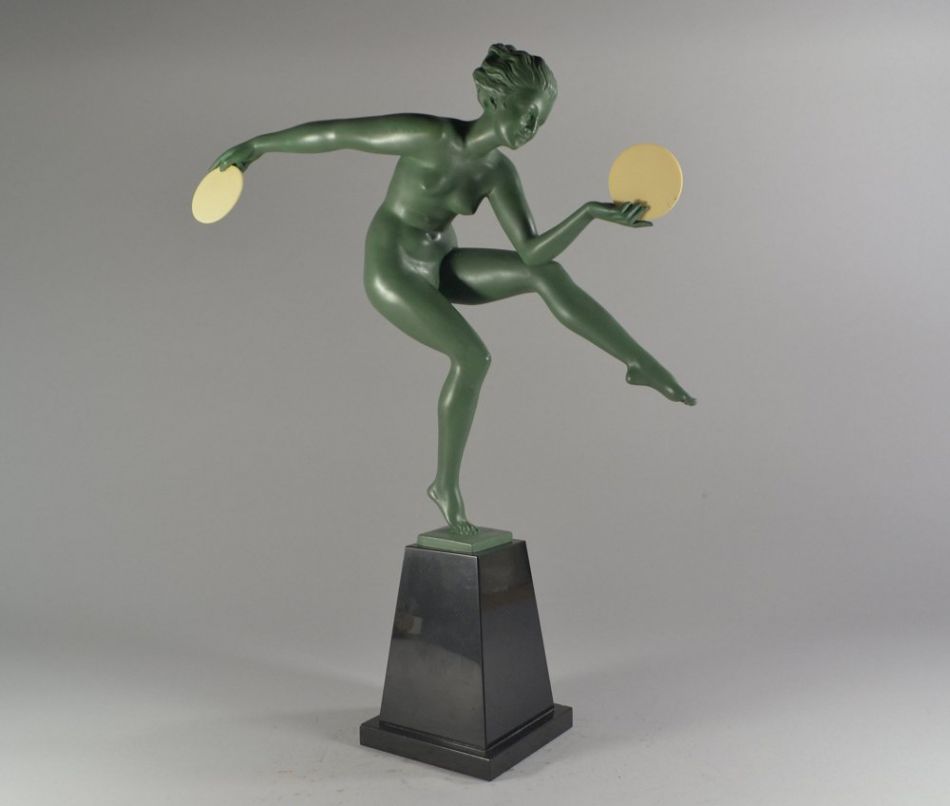