An important tall bronze sculpture of a flamenco dancer.
Monogrammed in metal.
Circa 1920.
67.5cm high.

He studied at the School of Fine Arts of Sant Carles in Valencia and completed his training with a pensioned stay in Rome in 1913. Two years later he obtained the First Medal at the National Exhibition of Fine Arts with the play Aurora, in 1918 he settled in Barcelona as professor of the Llotja, while starting an important career as teacher. He also became an academic member of San Carlos de Valencia and San Fernando de Madrid. His work was influenced by mediterraneanism and realism.
REFERENCE: vn2311
€4,200.00
Email us about this item 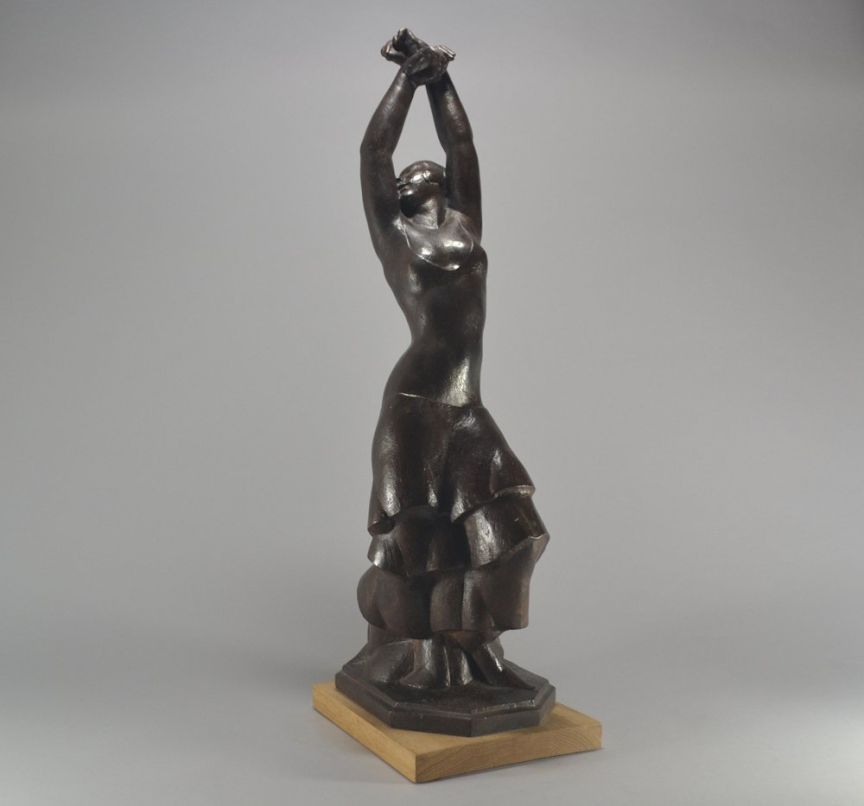