Last month I have been lucky enough to meet the person who bought A. Riecke studio building in Paris. The guy was not really sure about what he found in the building. About 50 vases still packed in cardboard. He decided recently to sell them on a south of France flea market.
By chance, I was at the place and suddenly saw on the booth one vase.... two vases.... three vases..... I asked the guy if he had more. As answer, he opened the truck door and showed me a group of 39 vases still packed. Of course, after long negotiation, I cannot do anything else than buy them all.
So, Here is the collection. From 1930's to 1960's. You can see the style evolution of artist. Each piece is of course hand made, unique, signed and dated.

A. Riecke was russian artist active in Paris from 1930's to 1960's. In 1937 he was in charge of glass decoration for iconic Parisian restaurant "La Coupole". This restaurant was in the 1930's one of the most trendy place to be. Many artists used to attend the restaurant : Jean Cocteau, Foujita, Kisling, Giacometti, Zadkine, Joséphine Baker, Man Ray, Georges Braque ou Brassaï, Picasso, Jean-Paul Sartre, Sonia Delaunay, Marc Chagall, Édith Piaf....Etc.

This mid century serie is black glass. Colored and etched. Sometimes with bakelite / bone / metal added parts. All are signed and dated. 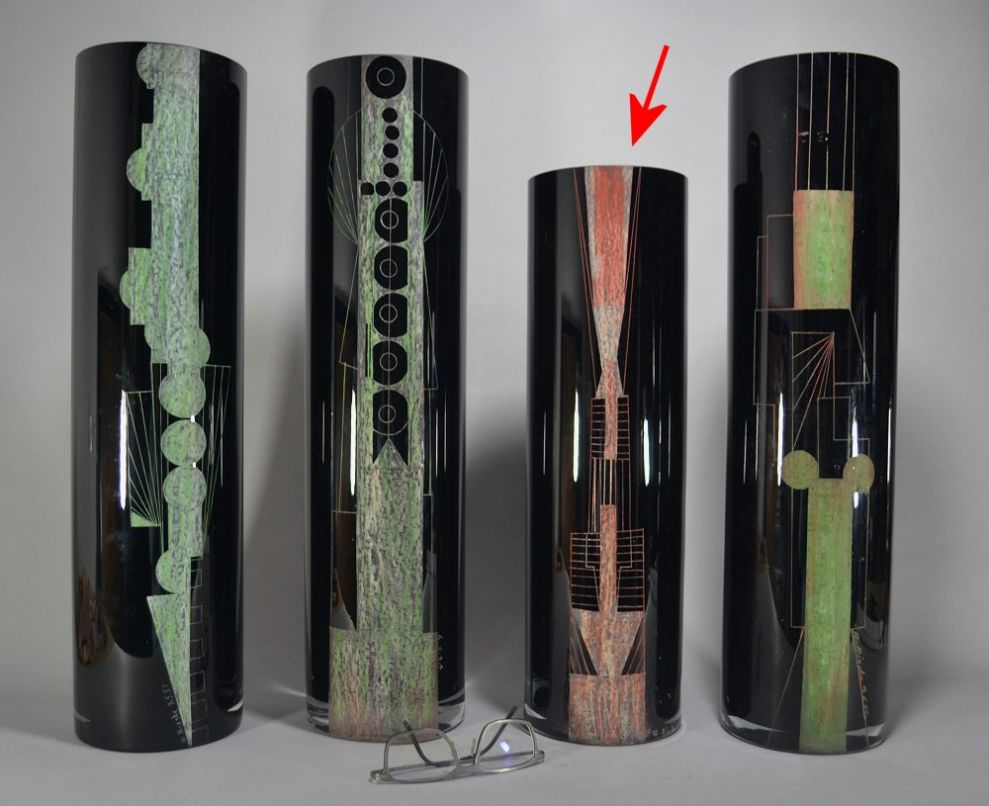