Akop Gurdjan (sometimes Gurdgian or Giurdzhian) is important Russian sculptor.
Sculpture rarely appear at auctions. One of the last one was presented in France with a 50000eur estimate. (see pictures section).

Giurdzhian studied in Paris at the Julien Academy (1906–10) and at A. Rodin’s studio. From 1914 he worked in Moscow, and from 1921, in Paris. In Giurdzhian’s work features of the ancient art of the East are distinctively interwoven with those of modern Western European trends. His best works include portraits in bronze of M. Gorky (1914) and S. V. Rachmaninoff (1915); portraits in terra cotta of M. S. Sar’ian (1927) and G. Ovsepian (1935); and the bronze statue Salome (1925). All these works are displayed in the Armenian Picture Gallery in Yerevan. Giurdzhian sculpted a marble memorial to L. N. Tolstoy in Paris, which was set in place in 1955. He also carved a series of gravestones.

Full detailed bio in links below. First is in Russian language. Second is automatic google translation.

Bio on wikipedia in Russian : this link

This bronze "corrida" is mentionned in Wikipedia. 1923 work. 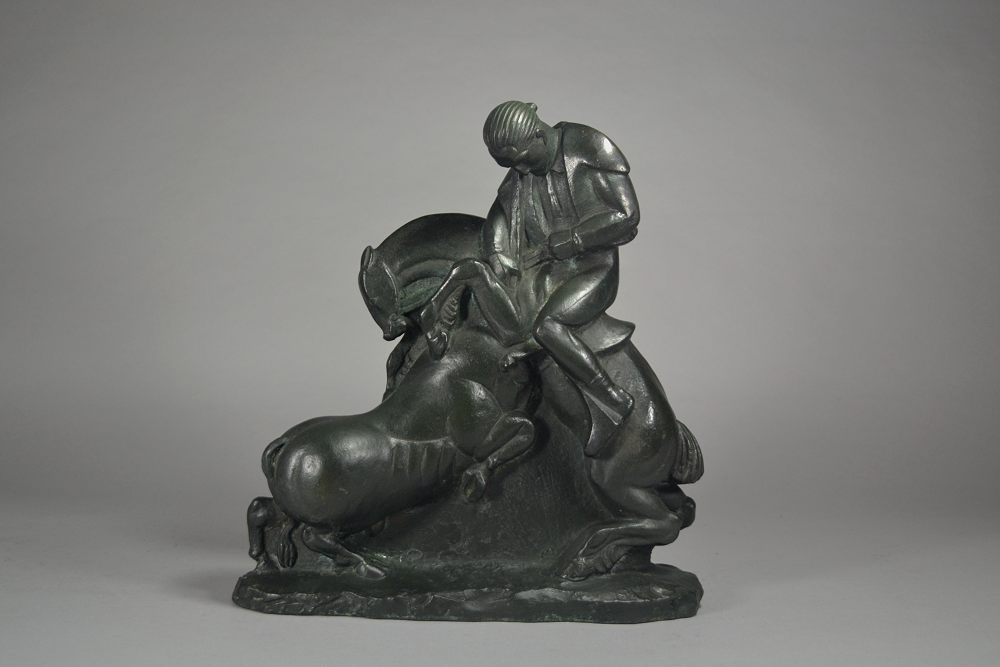