Bronze cubist head on a marble base.
Marble base is not original to the bronze.
Signed Miklos. Numbered 3/4.
Unreadable foundry mark.
Very nice foundry quality.
Dimensions WITHOUT BASE : 10.5cm 10cm 16cm

Gustave Miklos, also written Gusztáv Miklós and Miklós Gusztáv (30 June 1888, in Budapest – 5 March 1967, in Oyonnax) was a sculptor, painter, illustrator and designer of Hungarian origin. An influential sculptor involved with Cubism and early developments in Art Deco, Miklos exhibited at the Salon d'Automne and the Salon des Indépendants during the 1910s and 1920s, and in 1925 showed at the International Exposition of Modern Industrial and Decorative Arts; the exhibition from which the term "Art Deco" was derived. He became a naturalized French citizen in 1922, and a member of The French Union of Modern Artists (UAM) in 1930. In addition to his painting and sculptural works, Miklos illustrated over thirty books, designed close to 200 bookbindings, numerous posters, in addition to furniture designs.
REFERENCE: mik2203
sold 04 2021 (EU)
Email us about this item 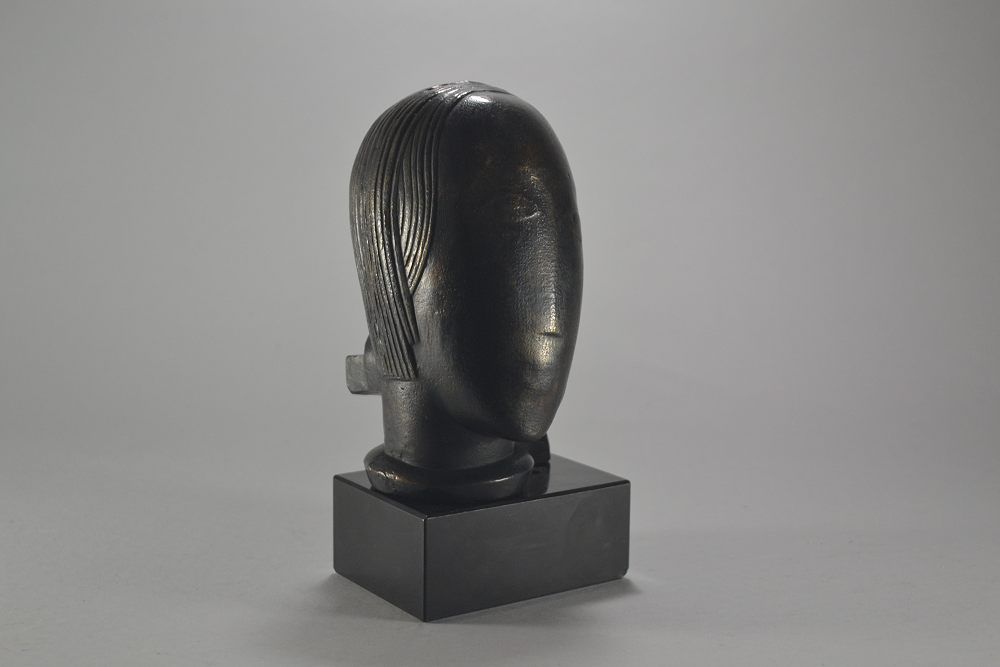