Jaume Martrus i Riera ( Manresa , 1889 - Barcelona , 1966 ) was a prolific artist most famous as a sculptor but also medalist, illustrator and cartoonist.

He studied at the School of Arts and Crafts of Manresa and at the Llotja de Barcelona , he attended the Artistic Circle of Sant Lluc . At sixteen he moved to Paris , and then moved successively to Switzerland , Italy , the Costa d'Or , Olot and Barcelona.

His time as a cartoonist was very well known, as a result of the drawings published in the German weekly Simplicissimus he was able to settle in Paris. There he exhibited at the Salon des humoristes , where he sold all the work he had exhibited. This is how he began collaborating with the magazine Cronique , where they published the most famous cartoonists of the time.

In 1914 he moved to Barcelona and dedicated himself to stone sculpture, but above all he produced ivory medals to be mounted on metal. After a few years in Africa he joined El Arte Cristiano in Olot as a sculptor in the religious image factory .

He exhibited at the Gallery of Modern Art and the Paris Comic Hall and the Barcelona Nude Exhibition ( 1933 ), where he won prizes.

He has works in museums and collections in Manresa , Barcelona, ​​Paris, London , the USA and Japan.
REFERENCE: mar0907
sold 07 2021 (EU)
Email us about this item 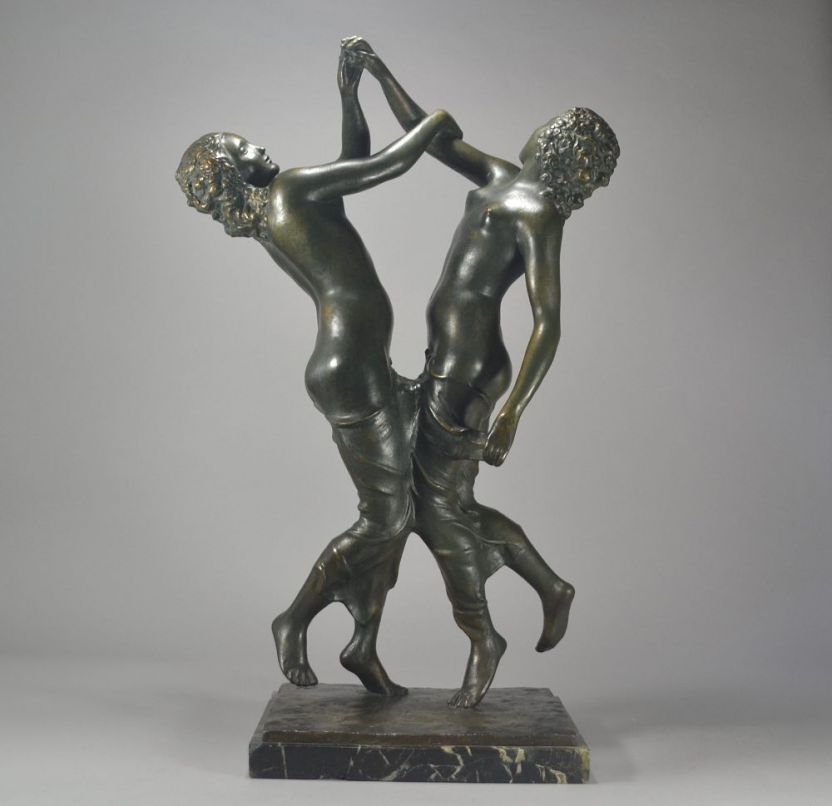