Joseph Sapey-Triomphe is a French sculptor born in March 1897 in Lyon and died July 18, 1956 in Paris .
Joseph Sapey-Triomphe is a student of Jean-Baptiste Larrivé at the National School of Fine Arts in Lyon, where he obtained the first prize in 1923. In 1926 he obtained the Paul Chenavard prize at the École nationale supérieure des beaux-arts .
In the 1920s, he exhibited at the Salon d'Automne in Lyon of reliefs and various topics, nudes, animals in the simplistic line of François Pompon , religious allegories and treated with art stylization close of the Art Deco which prefigures neoclassicism , such as the bust of La Tête de Geoffroy .
In 1926, the State bought him for the Salon d'Automne in Lyon his statue The Virgin .
In 1936 he produced advertising bas-reliefs on the theme "The faithful reflection of the waves" for the company of the Musical and Electric Industries Pathé-Marconi , for the Hohner accordions , as well as perfume bottles for Jeanne Lanvin .
In 1937 he took a workshop in Paris.
He made sculptures in San Francisco for the French Pavilion of Haute Couture at the Golden Gate International Exhibition in 1939.
In September 1943, his workshop at 5 rue Jean-Ferrandi in Paris was totally destroyed by a bomb targeting the Montparnasse station . All works from this period are destroyed. 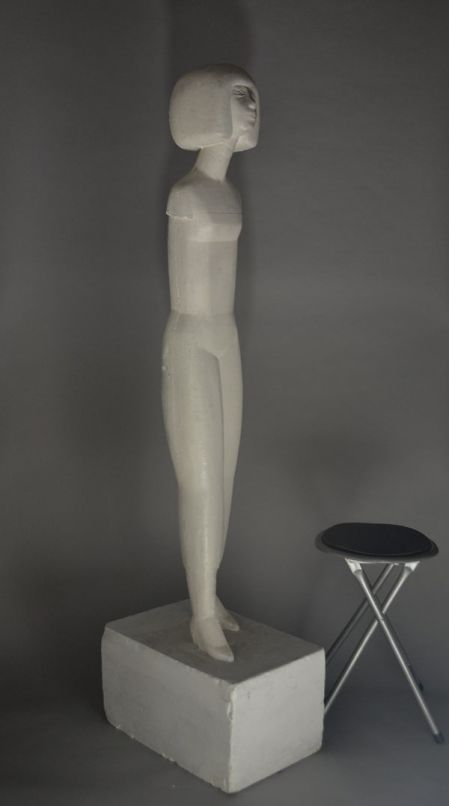