Rare and impressive chryselephantine group of a Russian lady with two borzois.
Wonderful and excellent condition dinanderie patina on the dress. Silver and gold cold painted.
Ivory is strong perfect condition with few dark veins due to age, here and there.
Circa 1930. French.
w.66cm l.18cm h.64cm

These large chryselephantine sculpture are very hard to find. This is opportunity to get a good 1930 period one, same quality as Chiparus.... but not same price.

"His first exhibit at the Salon in Paris was in 1896 at the age of nineteen. Riché sculpted many animals subjects but his favorite models were German Shepherd dogs at which he is considered the master at reproducing. He continued exhibiting at the Salon and except for the interruptions of both World Wars he continued to create his artistic subjects. He worked mostly with the Thiebault Freres foundry for the casting of his models but it is noted that some of his sculptures of lions were cast in silver by Risler and Carre." 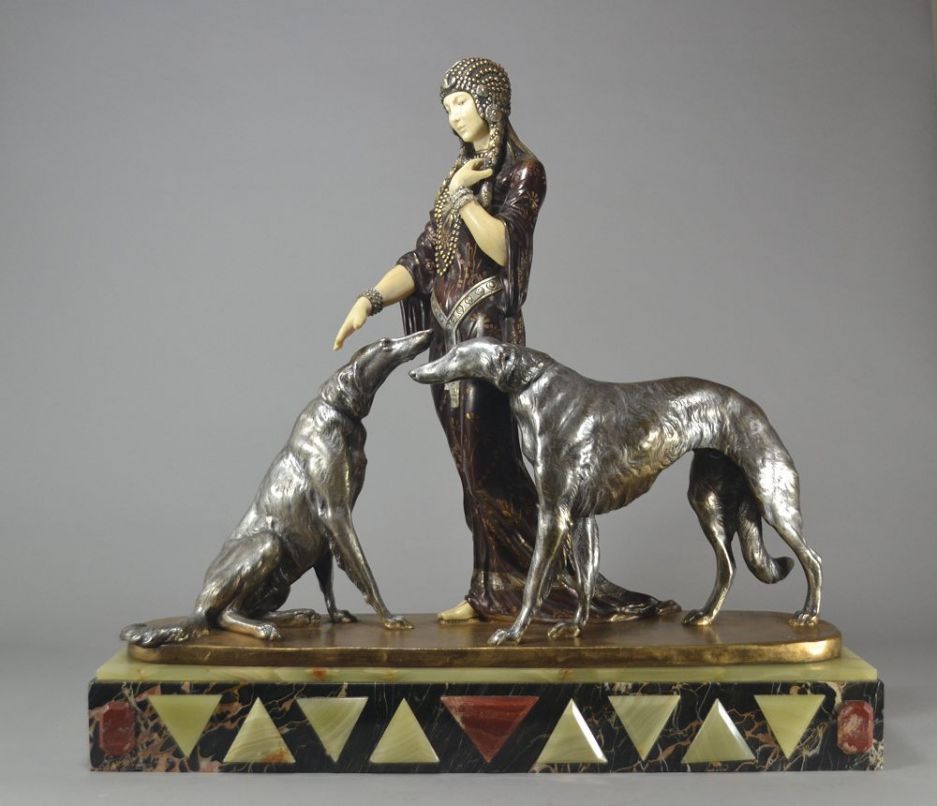