René Herbst was born in Paris in 1891 in Paris and studied architecture in London and Frankfurt from 1908 before traveling extensively in Russia and Italy. By 1919 René Herbst was back in Paris, where he worked as a furniture designer and interior decorator. To make the products he designed, Herbst founded Établissements René Herbst. In 1925 René Herbst designed several exhibition stalls for the "Exposition Internationale des Arts Décoratifs et Industriels Modernes" in Paris. In 1927 René Herbst came up with a radically functional design for seat furniture: the "Chaise Sandows". Its frame was made of nickel-plated tubular steel, the seat and back were formed by strips of rubber stretched taught and fastened by hooks at the ends to the frame. René Herbst launched the "Chaise Sandows" at the 1929 Salon d'Automne, where Le Corbusier also presented furniture with tubular steel frames of his own design. In 1930 René Herbst joined Robert Mallet-Stevens, Francis Jourdain, and others in founding the Union des Artistes Modernes (UAM); a large group of artists and designers committed to Modernism soon joined. The UAM started out as a countermovement to Art déco, which its members rejected as overloaded with decoration and too ornate. In 1945 René Herbst was elected chairmen of the UAM. The UAM mounted exhibitions in Paris entitled "Les Formes Utiles" (Utilitarian Forms).
REFERENCE: he1012
sold 01 2021 (EU)
Email us about this item 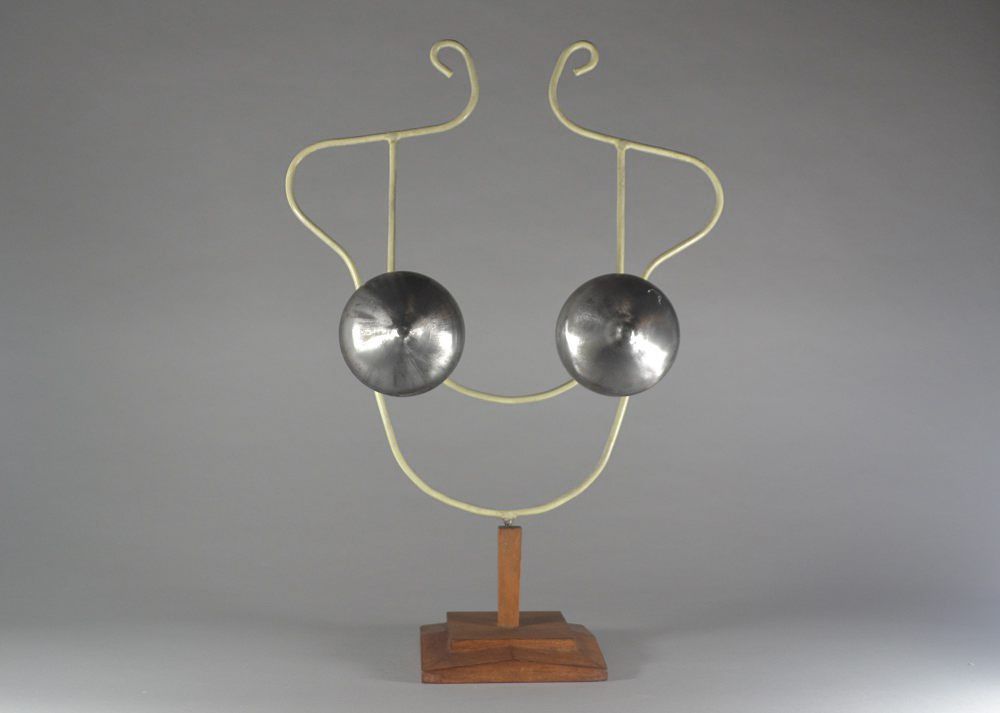