NOTE : This important painting by Crusat was quoted in "Journal de l'Amateur d'Art" 10 nov 1958 page 15.
We will provide original issue of this magazine with painting. Crusat , exhibiting at Galerie Riviere, 145 boulevard Haussmann in Paris, was compared to famous Soutine and Rebeyrolle painters and this painting we propose now "man with red dressing gown" is said to be "magnifique" by the reviewer. A master piece for this artist.

BIOGRAPHY : Roger Crusat was born in 1917 in Roussillon, Provence. Although Crusat's early works depict the colorful countryside of Provence in southern France, it was the local ballet troupe and not the landscape, that was to leave a lasting mark on his style of painting . As a young man, Crusat performed many jobs in the troupe, designing costumes, and even dancing. But, most important, he painted the scenery for the troupe's performances. It was while working in this capacity that he learned the essentials of scenery painting that remain evident in his mature work.

Crusat was a student of Fons-Godail at Beaux-Arts in Perpignan when he was called to serve in World War II. After being wounded in 1940, he returned to study under Jaudon at Beaux-Arts in Paris. Crusat was known by his contemporaries as "the Catalan painter of Montmartre" where he lived with his wife (pictured above) until his death in 1994. Cracked and peeling walls framed by rusting water pipes are a common sight in Monmartre. What others considered unnecessary, Crusat included. Water pipes were his cherished motif. Supposed by some to be a symbol of decay and monotony, Crusat's water pipes like arteries in the body, convey life. Crusat won the prestigious Prix Populiste for his "Descente d'Eau" (Water Pipes) in 1956.

Crusat's mature work retains the essentials of good scenery painting. Intricate detail will not be found, but broad, solid shapes abound. His subtle colors, dense in texture, are meant to compliment his subjects, not distract from them. The critics considered him a lyric expressionist and a "painter of Man" in his portrayal of the anguish of daily life and the regrets of the past. Crusat exhibited at many of the same Salons as the post-impressionists and expressionists. Salon des Independants was co-founded by Georges Seurat, Crusat's works were exhibited there since 1955. 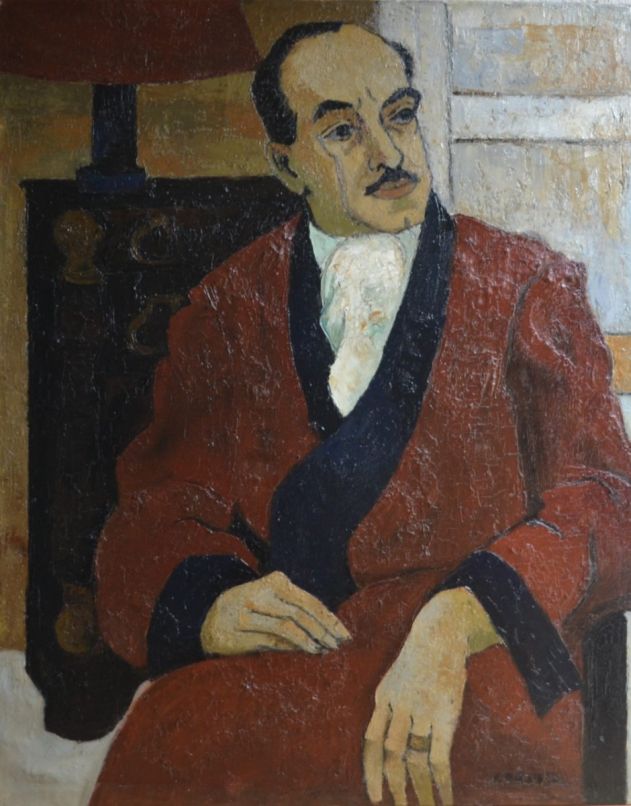