A rare ceramic lamp with 3 cubist figures.
Excellent condition.
Signed.
Circa 1930.
32cm over all height with shade.

Note : If figurative Robert Lallemant ceramics are not very rare on the market, Cubist ones are exceptional and though after reaching very high level auctions results.

A pupil of the ceramacist Raoul Lachenal during the early 1920s, Robert Lallemant worked mainly with faience, exhibiting his early independant work at the Salon des Artistes Décorateurs and the Salon d'Automne. He swiftly received positive reviews, which in turn led to an exhibition at the Berheim Jeune gallery in 1929, alongside Djo-Bourgeois, Pierre Barbe and the Martel brothers, where he concentrated on works in ceramic. A founding member of the UAM in 1929, Lallemant contributed furnitures, combining wood, metal and glass, to the inaugural exhibition at the Salon de Marsan the following year. In 1933 Lallemant joined his father-in-law's public works company, and in so doing abandoned his successful artistic career. 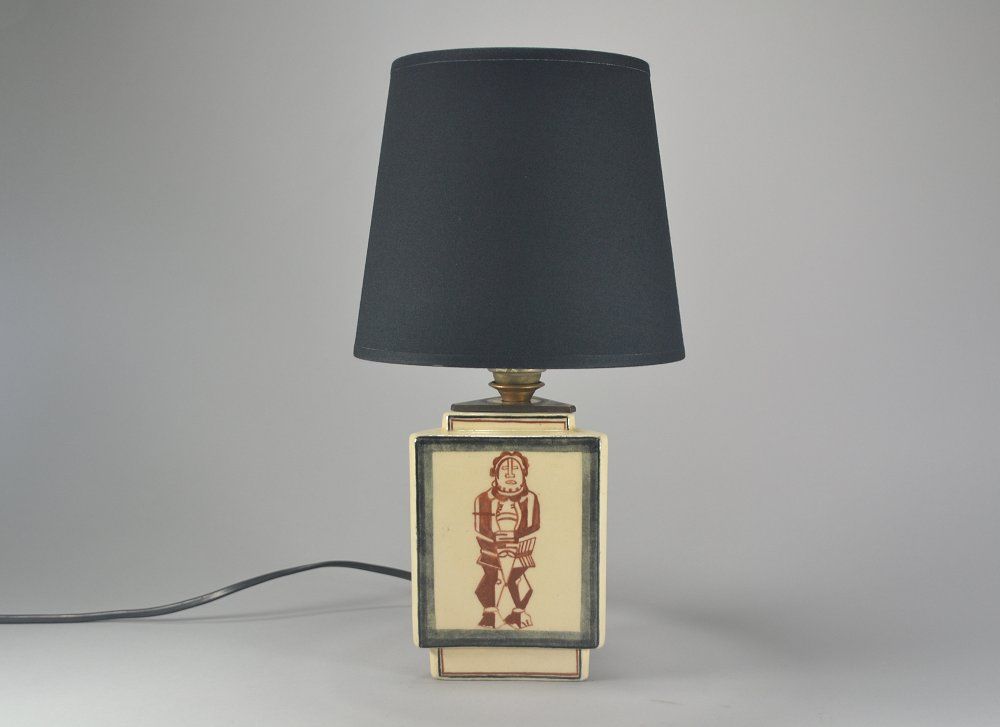