The French crafts designer and decorator Paul Follot is an Art déco traditionalist. His first designs were inspired by Neo-Gothic. He worked from 1901 to 1903 for La Maison Moderne, a gallery run by the art dealer Julius Meier-Graefe in Paris between 1899 and 1903, which sold both publications and contemporary crafts. Paul Follot made objects of silver, textiles and bronze as well as jewelry for Meier-Graefe. Maurice Dufrêne also worked for Meier-Graefe and Paul Follot was greatly influenced by his work.
In 1903 Paul Follot co-founded "L'Art dans Tout", a little known group of artists who fought fiercely for the French crafts tradition. These artists viewed themselves as threatened by the growth of industrialization, not least by German industrial design. From 1904 Paul Follot worked as a self-employed designer. From 1910 a more reticent, more classical style shows up in his work, a tendency that increased with the rise of Art déco.
Paul Follot designed ceramics for Wedgwood from 1911. He also designed textiles for Cornille et Cie and carpets for Savonnerie as well as silver for Orfèvrerie Christofle. In 1923 he became artistic director of Au Bon Marché. From 1928 Paul Follot was on the board of directors of the Paris branch of the English furniture company Waring & Gillow.

Email us about this item 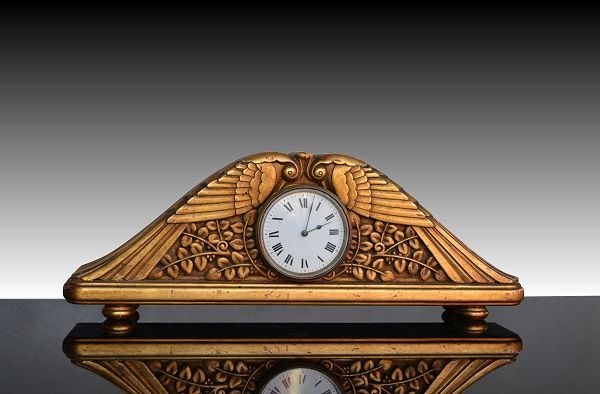