Johann Philipp Ferdinand Preiss (February 13, 1882 - 1943) was a German sculptor. He was born in Erbach im Odenwald as one of six children. Both of his parents died when he was 15 so that he was apprenticed to the ivory carver Philipp Willmann and lived with his family. In 1901 he traveled to Rome and Paris.
He became friendly with Arthur Kassler in Baden-Baden, which led to the founding of the company Preiss & Kassler, operating from Berlin. Kassler became the business-minded partner and Preiss controlled artistic production.

In 1907 he married Margarethe Hilme, producing two children, Harry and Lucie. Initially the company created small ivory carvings of children and statuettes of classical form. From 1910 the firm grew to specialize in limited edition Art Deco cabinet sculptures that used painted bronze with ivory on plinths of onyx and marble, with an occasional foray into mantelpiece clocks and lampstands. Preiss designed nearly all the firm's models. Casting of the pieces was done by the firm Gladenbeck in Berlin. With the outbreak of World War I in 1914 the company was employing six extremely skilled ivory carvers from Erbach and exporting regularly to England and the United States. The firm closed with Preiss's death from a brain tumor in 1943. The old workshop in Ritterstraße in Berlin, which was housing the stock of samples, was gutted by a fire resulting from a bomb attack shortly before the end of World War II.
Preiss' works are greatly valued by modern collectors. 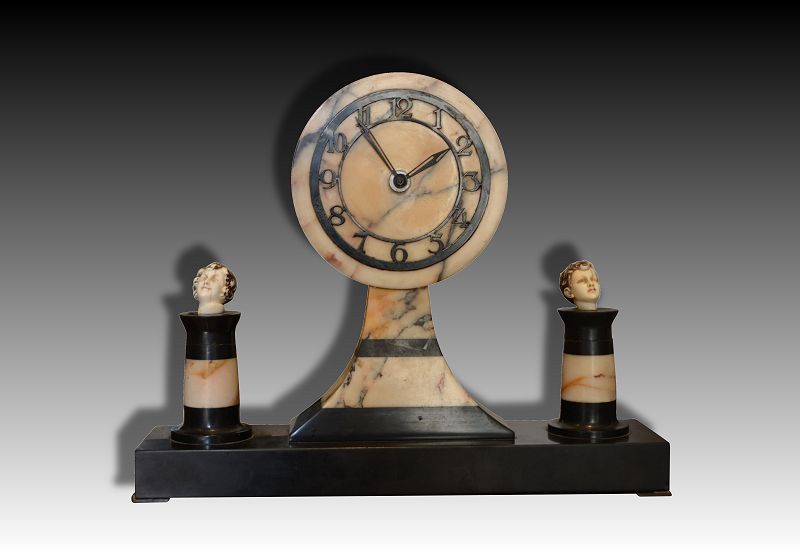