Woman
inscribed 'Lorski' (on the left side of her head)
bronze figure on a marble base.
Total height 27.5cm
Excellent condition. Circa 1930

Boris Lovet-Lorski 1894-1973
Boris Lovet-Lorski was born in Russia in 1894. He was a sculptor, lithographer, and painter. Lovet-Lorski studied at the Academy of Art in St. Petersburg Russia from 1914-1916. He immigrated to Boston in 1920 and then later lived in New York City. He lived in Paris from 1926 to 1932 and then in Los Angeles from 1932 until 1934. Eventually, he became an American citizen. Lovet-Lorski stylistically is categorized as an Art Deco artist. He is known for creating work from a variety of rare materials including marble, granite, slate, and onyx. His sculptures, including the bronzes, have a highly polished look. His work from the 1920s and 1930s often feature exotic allegorical nudes and stylized horses. He also sculpted many busts, often on commission. Lovet-Lorski was a member of many organizations and clubs, including the Lotus Club, National Academy of Design, Society of Independent Artists, and several Parisian Salons. 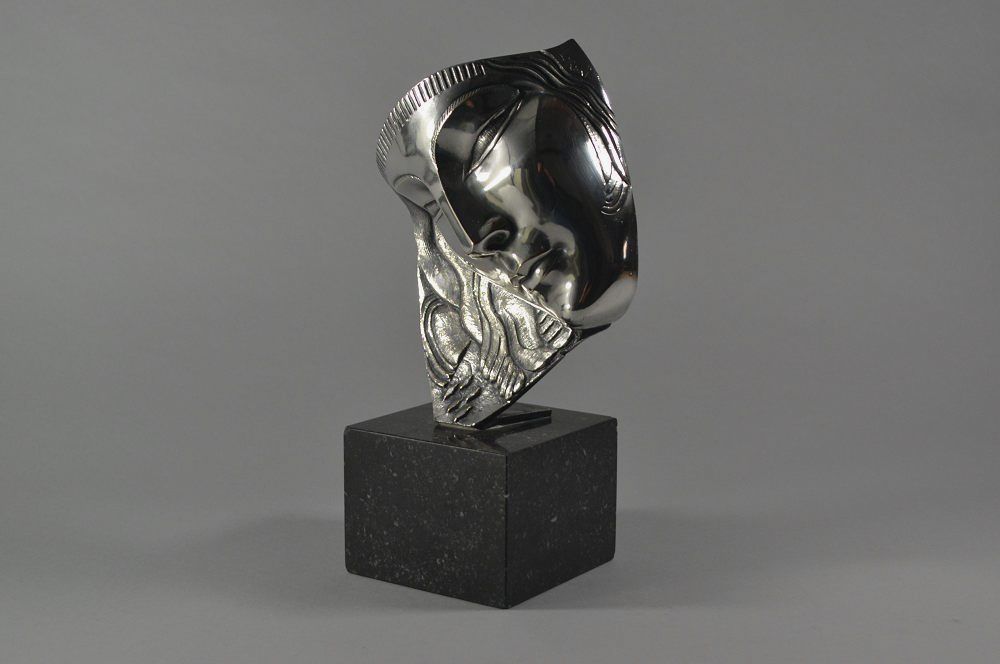