Dinanderie vase on iron base.
Circa 1930.
22.5cm high
17cm diameter.
Excellent condition.
Signed to the iron base.

The son of a Lyonnais weaver, Claudius Linossier discovered his passion for metal at an early age, and was subsequently apprenticed to the Paris studio Cardeilhac where he received an education in the techniques of enameling. After a two-month internship with Jean Dunand, Linossier returned to Lyon in 1920 and began to create dinanderie vessels inspired by the ancient Greek examples he had previously studied at the Louvre. From his workshop in The Croix Rousse district, he created conical, spherical, or ovoid forms, over which he overlaid his fire-glazed palette of red, black and white, from copper, steel and silver. He first exhibited his designs at the Galerie Rouard or through André Sornay, however as his work became more prolific he was further represented by the Galerie Devambez, Hébrard, and through Émile-Jacques Ruhlmann, 1923-1924. He exhibited at the Exposition Internationale, Paris, 1925, proceeded to receive numerous awards and accolades, including the Florence Blumenthal scholarship that granted exposure to the United States, and received the Grand Prix at the Exposition Internationale of 1937 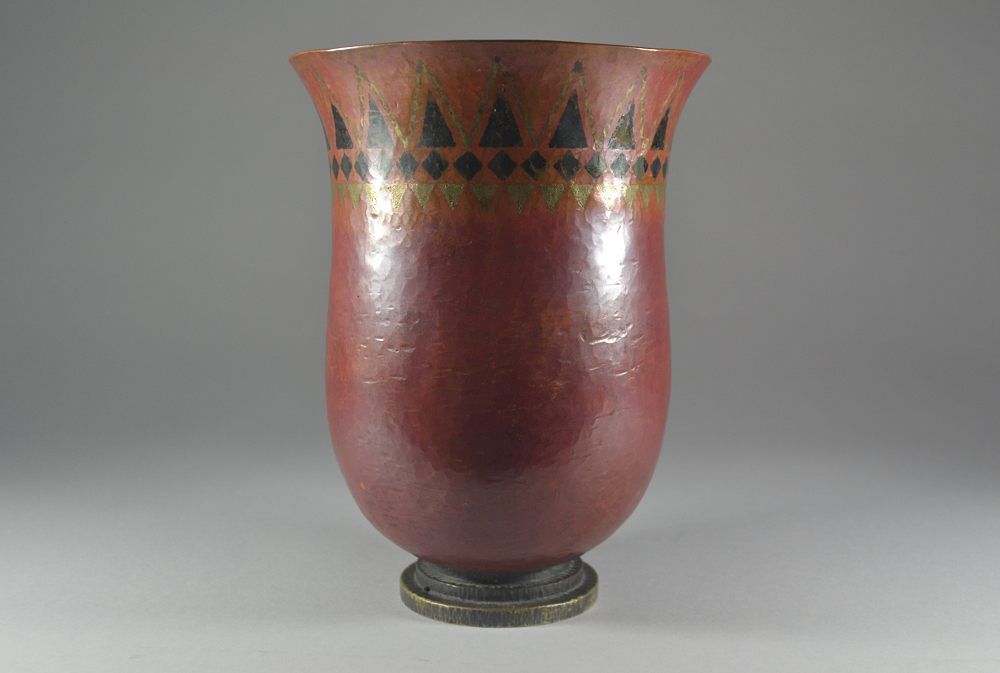