Emmanuel-Jules-Joseph Descomps, known as Joé Descomps or Descomps-Cormier, was a French sculptor and goldsmith, born on January 18, 1869 in Clermont-Ferrand. He was a sculptor, chiseler, and master goldsmith. Joé Descomps was a pupil of Louis-Auguste Hiolin and Alexandre Falguière. He was present at the Chicago exhibition in 1893. He worked with Frédéric Boucheron. Descomps was a member of the French Artists' Society since 1883 and exhibited at the Salon des artistes français from 1891 to 1937. He received third medal in 1921, second in 1925, and first in 1928.
REFERENCE: cor0810
sold 10 2021 (EU)
Email us about this item 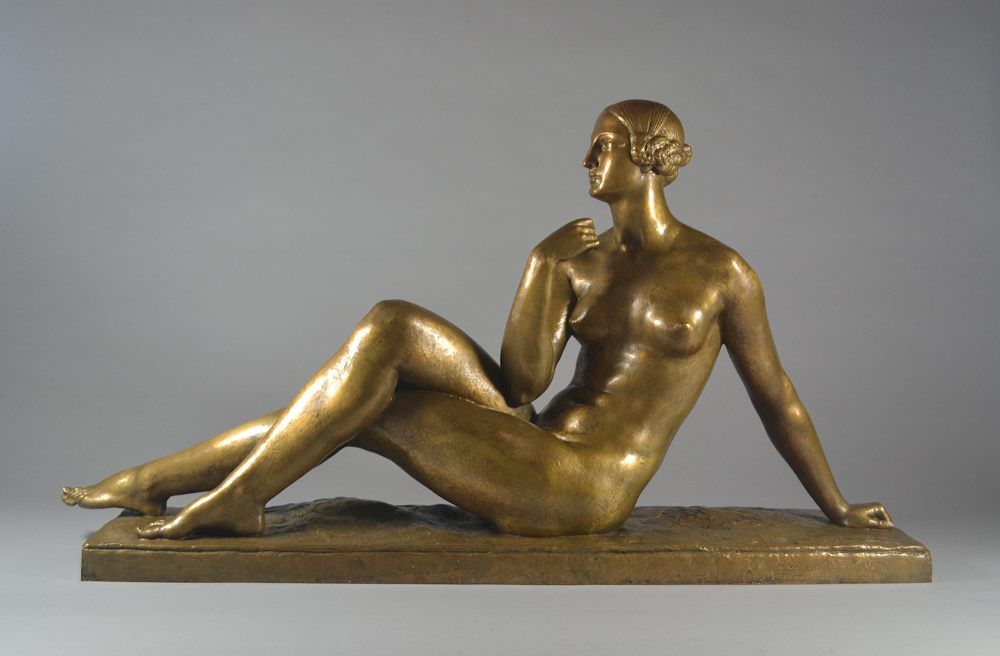