Wood sculpture of a lady.
Circa 1927
Signed to the wood
Inscribed SAS edition Paris. (Jacques Adnet or Gilbert Privat were also working for SAS)

Malvine TCHERNIAK was born in Smolenks, Russia, in 1894. She left her native country in 1911 after the death of her father, on a journey that would finally mark the definitive absence of his homeland.

With her mother and sisters, she arrived in Antwerp, Belgium, where they resided until the country was invaded by Germany during the First World War. Then the family, of Jewish blood, flees to London.
In the British capital 'Malacha' began his artistic studies at the 'Tate Institute', a preparation that she shared with teaching the Russian language to English diplomats.
At the end of the first world conflagration, she studied in Berlin, Germany, where she exhibited some of his works.
In the 20s she left to Paris where she was a student of Bourdelle, Maillol and Giacometi at the Grande Chaumiere Academy.
It was precisely in Paris, between 1922 and 1930, that Malvine participated with great success and gained renown in the exhibitions of the Salon d'Automne, rubbing shoulders with celebrities such as Vlamink, Miró and Zadkine.
After her marriage to Paul Deperon, a Belgian international lawyer, Malvine had stays in Geneva (Switzerland), and Princeton and New York (United States of America). She became a member of the League of Nations and later, when this organization gave way to the United Nations in 1946, she was the first UN representative in Ecuador from 1948 until her death in 1952. 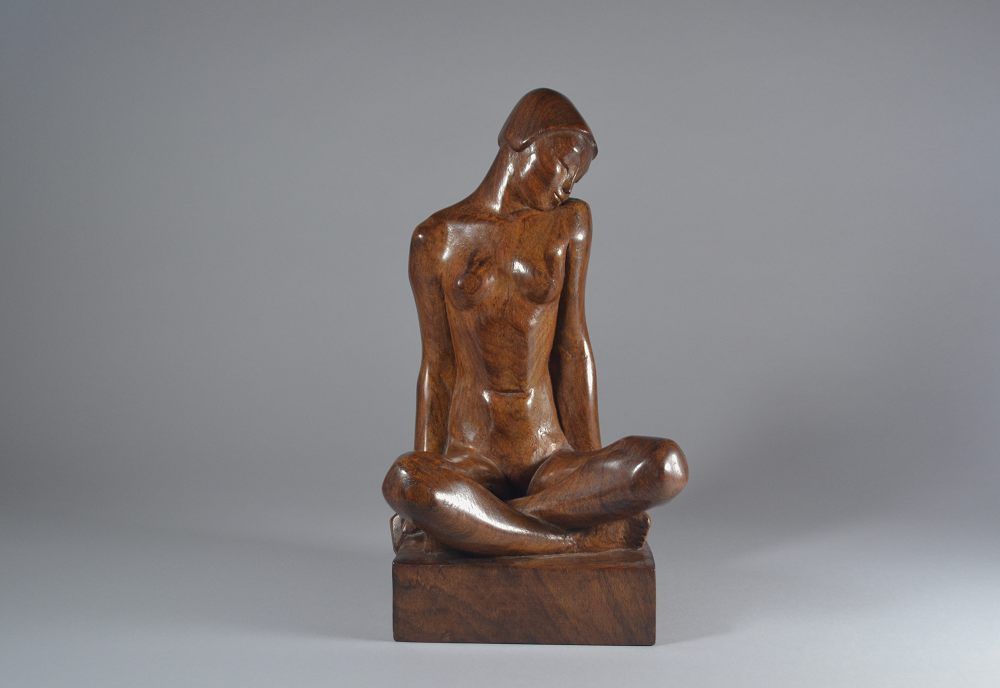