Rare and sought after first version of "ondine" by Pierre Le Faguays.
This is not the later edition made by Max Le Verrier in metal but the first 1920's silver plated bronze version.
Signed and numbered in the cast.
Marble base.
French. Circa 1920.
Excellent condition.
28cm high.
REFERENCE: lef1607
sold 07 2021 (EU)
Email us about this item 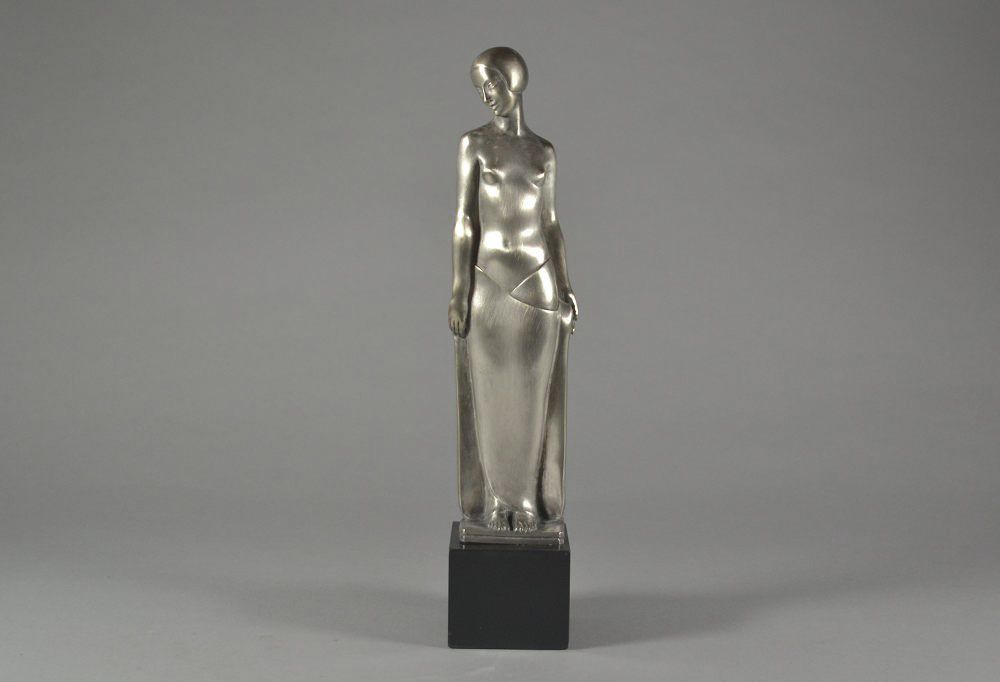