A rare cerolaque (wax and lacquer composition) art deco mannequin.
Similar mannequin was exhibited (picture below) at french 1927 "Salon D'Automne".
Signed in the back.
Due to fragility, such pieces are very hard to find. One of them exhibited in Metropolitan Museum of Art, NYC, USA.

"Imans considered himself not as a wax modeller but as a ‘sculptor and ‘ceroplastician’ (statuaire céroplasticien), purging the very word ‘mannequin’ from his promotional vocabulary and describing his figures simply as ‘Les Cires de Pierre Imans’ (‘The waxes of Pierre Imans’)…
From the 1920s a range of new materials such as cérolaque and carnasine (a mixture of plaster and gelatine) were introduced to produce mannequins that were lighter and more resistant, and also new finishes and effects that were designed to enhance the mannequin’s luxury status and to ensure that it took its place seamlessly in the context of a window display.
These were not mannequins, but ‘créations artistiques’, ‘great masterpieces of modern sculpture’ , mannequin-making demanded creative and intellectual impetus, and as such was itself a form of ‘l’art tout court’ (‘art pure and simple’) ‘"
REFERENCE: im1509
sold 10 2021 (USA)
Email us about this item 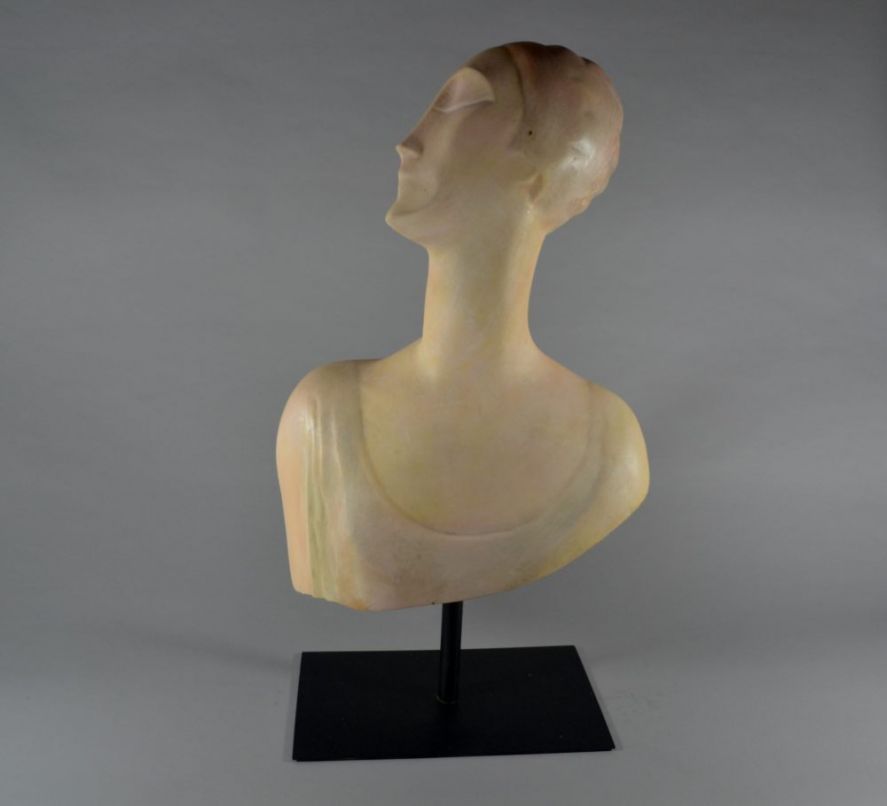