Impressive, definitely inspired by Cubism and Italian Futurism, bronze sculpture by very famous sculptor Mastroianni. See bio below. His works are in my museum collections (including the MET and MOMA) and prestigious private collections.
Coming with official Italian Beaux Arts administration; authorization to leave Italian territory.


Biography :
Sculptor, painter, and printmaker Umberto Mastroianni was born in Fintana Liri, Italy, on September 21, 1910. His formal training began as a teenager when he traveleld to Rome to study at the Accademia di San Marcello, and began apprenticing with his uncle Domenico Mastroianni in his sculpture studio in Via Margutta. In 1926 he moved to Turin to work in the studio of classical sculptor Michele Guerrisi. At this time political upheaval stirred in Europe with the rise of Nazism, and politics and art held equal influence over the young artist.

Around 1930 Mastroianni entered the second-wave Italian Futurist circle, and he was secured an inagural exhibition by the artist Filipo De Pisis in Genoa in 1931. The art world at this time was undergoing divisions within genres, as sociopolitical ideology began to uproot Europe. This led to the split between the followers of Futurist founder Filipo Marinetti, a Mussolini admirer and promoter of Fascism, and the newer, younger Futurists who felt sympathetic with the Italian Resistance. Drafted into Mussolini's military as World War II took hold, he soon abandoned his service and joined the Resistance. At this time, he was exposed to the ideologies of Abstract Expressionism and was drawn to its sense of freedom, incorporating non-objectivity into his work throughout the 1940s.

In the mid 1940s he settled briefly in Paris, experimenting with entirely non-representational works. His first major show in this style was held at Paris' Galerie de France in 1952 to critical acclaim, and he soon established himself as a leading Italian abstractionist as well as a vocal proponent of European Modernism. He began exhibiting throughout Europe, the United States, and Japan, and he returned to Italy to take a position as headmaster at the Accademia delle Belle Arti, Bologna in 1960. That same year, he purchased a home in Marino, where he established a private studio while continuing to teach and exhibit. In the 1970s he began incorporating poetry into his daily routine, and wrote article as well on the topic of art for Rome's Il Messaggero. In 1990, he founded the Fondazione U. Mastroianni with works from 1935 - 1990. In 1993 his "Monument to Resistance" was unveiled in Poggibonsi, Siena.

He continued to live and work in Marino until his death on February 25, 1998. 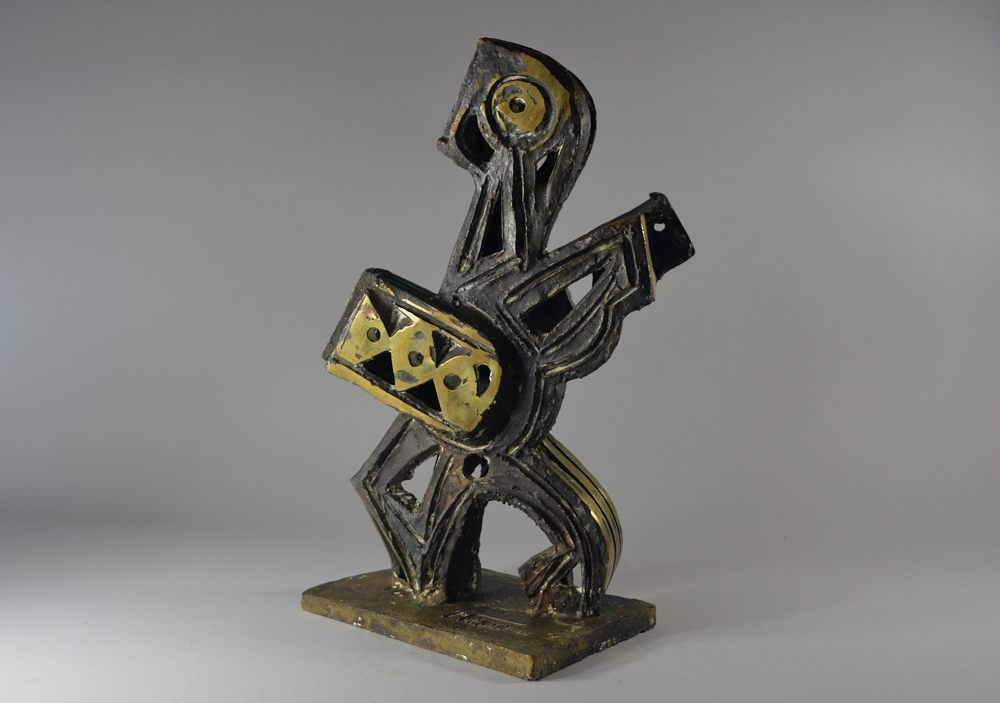